KUCHING: Planting of the premium Bario Rice in the remote Kelabit Highland, through the National Key Economic Area (NKEA) Bario Rice Industry Development project, is further boosted with the commissioning of the newly-installed paddy irrigation system. 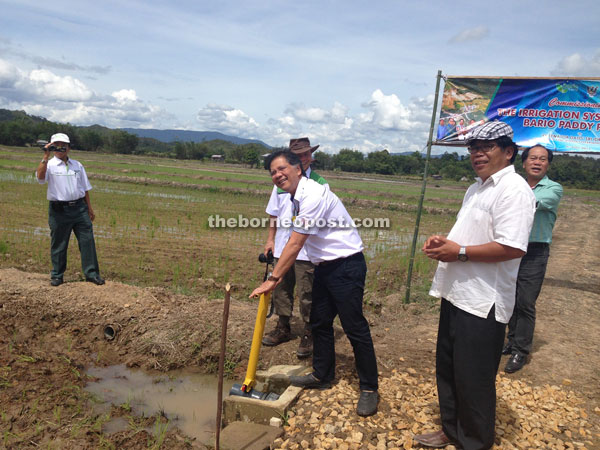 Idris (middle) turning on the tap to launch the commissioning of the irrigation system. 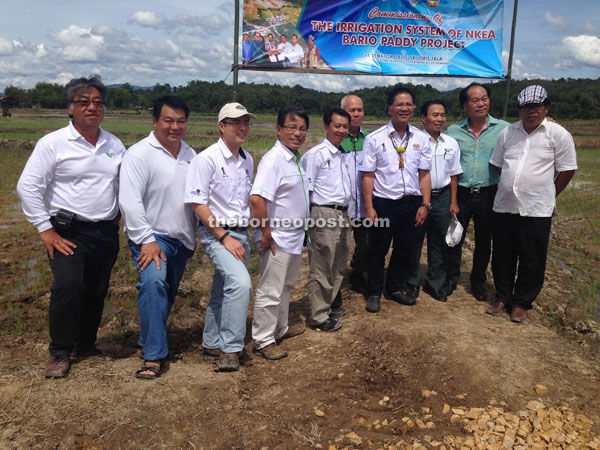 Idris (fourth right) and other government officers and representatives from Bario Ceria pose for a group photograph after the commissioning ceremony. 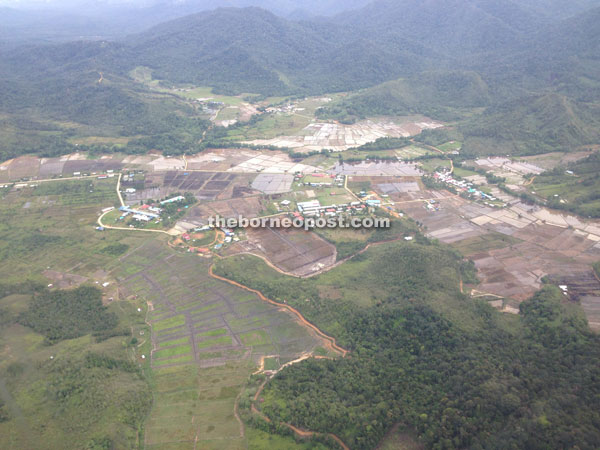 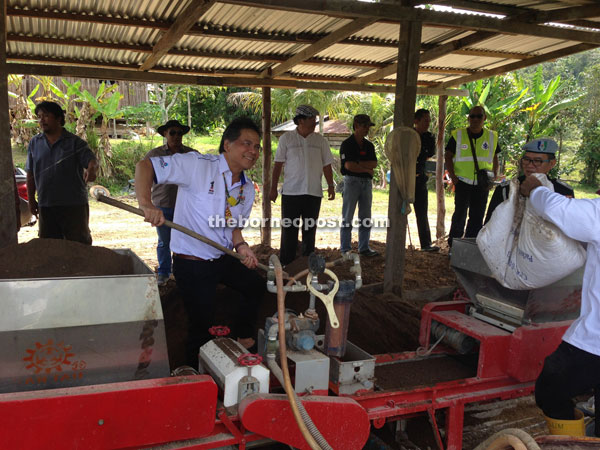 Idris (holding the shovel) gets his hands dirty at trying out an automated seeding tray purchased under the NKEA project.

Minister in the Prime Minister’s Department Senator Datuk Seri Idris Jala, who hails from Bario, returned home to declare open the irrigation system on Wednesday besides officiating the opening of a rice mill for the anchor company, Bario Ceria Sdn Bhd.

Idris, also the chief executive officer of Performance Management and Delivery Unit (Pemandu), was briefed at site on the work progress by officials from Ministry of Modernisation of Agriculture (Moma) which is the state agency tasked to implement this project.

Bario Ceria, a joint venture company appointed by Moma to undertake the project, is currently carrying out planting work for this coming season, with a total of 200 hectares targeted.

The company’s managing director Thomas Hii said during the visit, Idris was pleased to see the transformation done by this NKEA project to the Bario paddy field and the farmers who are cultivating this land.

He also said Idris assured Bario Ceria that further extension of 85 hectares requested by the farmers to be included in this NKEA project will receive positive outcome from the government.

“This project is part of Pemandu’s initiative under the Government Transformation Programme (GTP) launched in early 2012 with the aim of expanding the existing paddy area from around 80 hectares to 200 hectares as well as increasing the yield of the crop through modern farming method.

“The impact from the GTP initiative on this unique Sarawak highland product and the farmers who are cultivating this crop has proven to be quite significant, with average income increased by at least double, through bigger planting area and higher yield.

“This result was derived from the recent crop harvested in early 2014, from the 140 hectares paddy land planted (even) while the project infrastructure work was still under construction (then),” said Hii yesterday.

Meanwhile, on the company’s rice mill there, he explained it was installed with modern drying and milling equipment aimed at packaging the Bario Rice with better and more reliable quality for consumers.

Idris was joined in the visit by a team of officers from Pemandu as well as personnel from other agencies, he added.