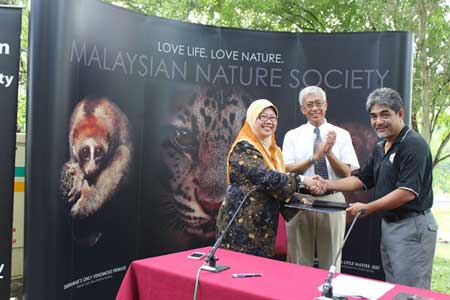 THE Malaysian Nature Society Kuching Branch (MNSKB) will hold its signature nature event — the Santubong Nature Festival — for the second time in November. It is hosted by the Permai Rainforest Resort and supported by the Kuching North City Commission (DBKU) and the Sarawak Museum Department.

Open to the public, the festival will run from Nov 8-9.

The Santubong Nature Festival aims to highlight the rich heritage of the Santubong peninsula, from its visually stunning appearance, to the rare clouded leopards and hornbills that call it home, right down to the dolphins that swim its shores.

It also advocates a holistic and integrated approach to development and management of the area, safeguarding its unique landscape, biodiversity and historical assets, and showcases the tourism and recreational potential of the Santubong peninsula. 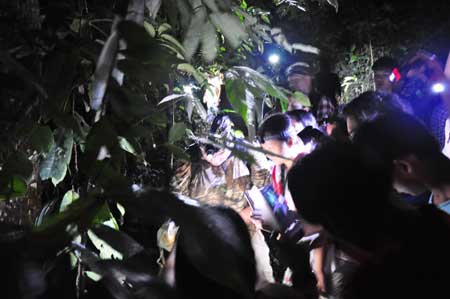 Exciting activities such as multi-sport treasure hunt, guided heritage, geology and nature walks, tree planting, guided boat cruises and a beach clean-up will be held between now and the festival proper. This includes a series of talks on geology, archaeology, dolphins and biodiversity of Santubong, which will be held in Kuching and Permai Rainforest Resort. The first guided geology walk was held yesterday.

MNSKB has been carrying out many activities, particularly bird-watching, in the Santubong peninsula for many years. These regular bird-watching activities eventually resulted in Bako-Buntal Bay, which forms part of the Santubong peninsula, being included in the East Asian-Australasian Flyway Site Network last year. Bako-Buntal Bay is the first flyway network site established in Malaysia and one of the world’s Important Bird Areas.

In 2002, MNSKB held a major clean-up of Mount Santubong from the foothills to the peak and volunteers collected 1.2 tonnes of rubbish. 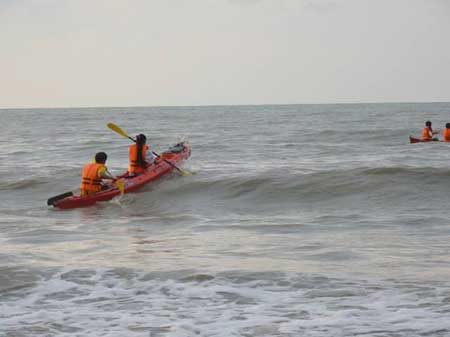 MNSKB, as a local environmental non-governmental organisation, is very concerned with the overall development and well-being of Santubong peninsula. It recognises the need to develop the area but advocates that the development should be well-planned so it would not degrade the iconic mountain.

Land clearing for housing, tall buildings and a proposed cable car to the peak of the mountain could alter the landscape and scar Santubong’s aesthetic visual value if not properly planned. Development taking place without sensitivity to historical and archaeological considerations would also produce many irreversible problems.

It is hoped that the Santubong Nature Festival will help to address these issues through greater public awareness and eventually advocate for a holistic, sustainable and integrated approach for the development and management of the area.

For more information and updates on the festival, visit the Santubong Nature Festival Facebook page, http://santubongnaturefestival.blogspot.com, or email mns.santubong@gmail.com. 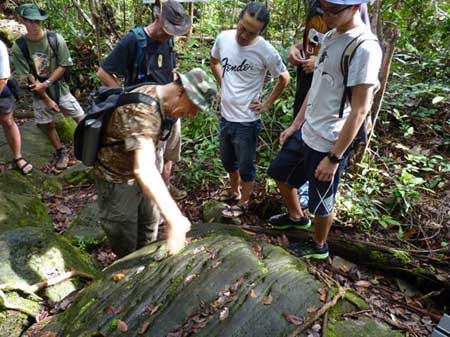 MNS members go on a geology walk at the Santubong peninsula.

The Malaysian Nature Society
Established in 1940, the Malaysian Nature Society is the oldest scientific and non-governmental organisation in Malaysia. Our mission is to promote the study, appreciation conservation and protection of Malaysia’s nature heritage. Our 5,000-strong membership, spread across 12 branches nationwide, come from all walks of life, bound by a comment interest in nature. For further information on membership or our activities in Kuching contact us at mnskuchinggmail.com. For information on our activities in Miri contact Musa Musbah (sammua@yahoo.com). You can also visit www.mns.org.my, http://mnskuching@blogspot.com or www.facebook.com/mnskb.