Saturday, August 13
You are at:Home»News»Sarawak»Engineer found dead after missing three days of work 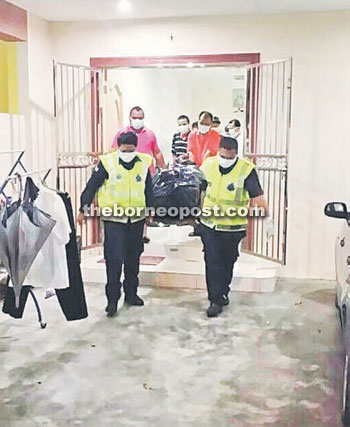 Police exiting the house with the body of Jabing Bujing. 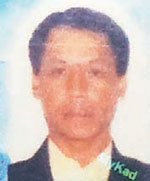 KUCHING: An engineer who failed to show up from work for the past three days was found dead at his house at Taman Kwong Thiong at Jalan Datuk Stephen Yong on Friday night.

The deceased, identified as 48-year-old Jabing Bujing, was found in his bedroom by police personnel who were alerted to the incident by his elder sibling who had checked on him.

Sources said Jabing was found lying in bed with the air-conditioner still running, indicating that he passed away in his sleep.

Based on the condition of his body, he was believed to have been dead for at least three days.

The engineer’s co-workers were said to have notified his elder sibling that he had not shown up for work and never answered his mobile phone since returning from a three-day working trip to Sabah on July 29, prompting the latter to head over to his house.

After finding the front door locked and detecting a stench emanating from inside, the sibling feared the worst and immediately notified police.

Jabing’s body was subsequently sent to the Sarawak General Hospital, with police classifying the case as sudden death pending the outcome of a post-mortem.

It is learned that the deceased – a graduate from Australia – was a bachelor.