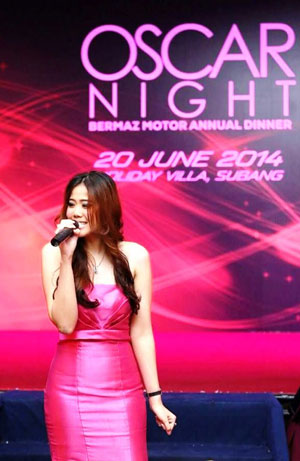 HER goal is to be an artiste with knowledge, a good role model and a music lecturer.

And lovely and multi-talented Dewi Liana Seriestha from Kuching has what it takes to get where she wants to go.

This artiste of Bidayuh and Indonesian descent is not only a talented singer, composer and song writer all rolled into one but also an aspiring model and actress.

She has written songs, acted in TV dramas and movies and competed in beauty pageants.

After a podium finish at the World Championships of Performing Arts (WCOPA) in Hollywood, Los Angeles, recently, she is now setting her sights on another biggie — the Miss Malaysia World 2014. 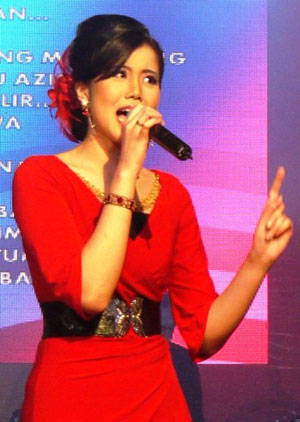 On stage at a function in Kuala Lumpur.

“It was my toughest competition ever as I brought not only my country, Malaysia, but also my beloved state, Sarawak, to Los Angeles,” she said of her WCOPA outing.

“ It was my first time in LA — up against 45 contestants. It was overwhelming! There are no words to describe the feeling when you raised the Malaysian flag. I felt proud to be Malaysian.”

“Winning medals and awards for singing at the World Championships is the biggest achievement in my life,” she enthused.

Her talents were spotted early by his musical parents.

Her father, Yudhi Seriestha, an Indonesian, not only plays the guitar and keyboard but also composes songs and writes TV drama scripts while her mother, Catherine Noep, is a Bidayuh — and a singer and song writer during her 20’s.

“She came into my vocal training studio, picked up a microphone to sing a Malay song entitled Oh Ibu made popular by Mamat  Exist. It happened in early 1991.

“As she grew up, she became multi-talented, singing opera, classicals, pop, jazz as well as doing cat walks, acting and composing songs,”he said. 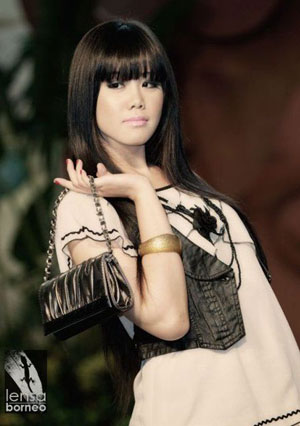 Aspiring to be a model.

As parents, Yudhi and Catherine have been deeply involved in every aspect of their daughter’s life.

Dewi made her singing competition debut in 1999 at 10, emerging champion in the Kuching Junior Karaoke contest before taking the Kuching-Samarahan Junior Star Talentine title.

In 2005, she became the youngest finalist of the Season 1 MENTOR singing reality show, organised by TV3. She was only 16 then.

In 2010, Dewi was a finalist in the World Championships of Performing Arts (Vocal) held at Istana Budaya Kuala Lumpur.

The following year (2011), she finished first and second runners-up respectively in the state and national level competitions, organised by Radio Television   (RTM).

“I can say I began singing seriously when I competed in Mentor. I was lucky to qualify for the final which bolstered my confidence to go farther in singing,” she said.

Dewi only started singing classical opera in 2011 while studying at the National Academy of Arts, Culture & Heritage (Aswara).

“Classical opera is a compulsory subject for first year students. I wasn’t into classical at that time because it was hard to sing or to perform the repertoire.

“It was really new for me. But I managed to learn and eventually developed a love for classical opera. So I continued the classical opera subject in the second year.

“It was really fun learning something you had never done in life,” she said, adding that she learned classical opera from Syafinaz Selamat, one of her lecturers at Aswara.

Dewi, who also plays the guitar, said although now more into classical opera, she still performs other genres such as pop.

The first Malay numbers she composed were Kerinduan and Pria mana.

In 2013, she recorded a song titled Bukan Matahari, composed by a recording company in Indonesia. However, the song has not been released yet.

“I just finished recording the song for a drama soundtrack but don’t when it will be released,” she said.

As a singer, Dewi has starred in many shows in peninsular Malaysia from 2006 and 2014 — among them, the launch and road tours of TV3’s Anugerah Juara Lagu (AJL); X-FRESH FM (Radio) road tour; MENTOR road tour; Agong’s concert; Johor Jazz and the Sultan of Johor’s Birthday Dinner; Korean Artiste Super Junior Concert and the Anugerah Lagu Johor final.

From 2000 till now, she has featured in TV1, TV2, TV3, 8TV, TV9, TVi Music Aktif Astro shows which include items such as Christmas Concert, Extravaganza and New Year Concert.

In Sarawak, she had performed at the Sarawak National Gawai Closing Celebration, Sarawak Chief Minister’s Birthday Dinner at RTM Kuching in 2008, the Social Development Ministry’s Dinner from 2008 to 2010 and the Centre for Modern Management Dinner in 2011 and 2013.

“I practise at least once a day before any show or competition. I normally practise vocal techniques and on the guitar when I have free time.

“I practise, especially before shows or competitions — practice makes perfect,” she said.

Dewi has also learnt how to handle mistakes during a performance.

“I try to regain my focus and smile. A smile on our face can cover everything,” she reckoned.

“I grew up with their songs and music. Every time I hear their songs, it reminds me of my childhood,” she said.

Dewi’s first composition was Melodiku which can be found on youtube — Melodiku by Dewi Mentor.

Her dad and his friend (Zizi), both professional musicians, played the acoustic guitar for that song.

She has been composing during her free time since 2008.

“I love to create my own melody, so whenever I am free, I will play and record the melody using phone for my own use in future,” she said.

Dewi has so far acted in a few TV dramas and movies.

Dewi’s interest in acting was kindled after reading a script from a film director in Kuala Lumpur who approached her in 2009.

Although having acted in a few films, she acknowledged she still has a lot to learn.

Dewi first got into modelling when she joined the Miss Fair & Lovely beauty pageant in 2010 where she finished first runner-up and walked away with a subsidiary title — Miss Talent 60s. 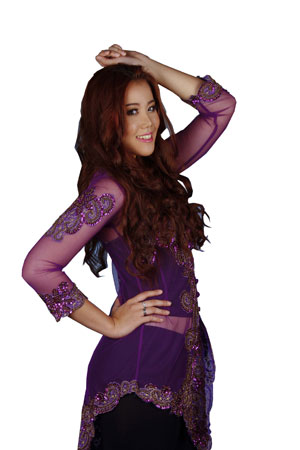 It was my toughest competition ever as I brought not only my country, Malaysia, but also my beloved state, Sarawak, to Los Angeles.

“I have always wanted to join Miss Malaysia World but did not pluck up the courage until recently. So I think 2014 is the time for me to shine,” she said.

Dewi, who loves doing charity, reading, shopping, travelling, going to the beach and sports, hopes to win the Miss Malaysia World 2014 crown because she wants to bring Malaysia to the world stage and help the less fortunate in every corner of the world.

She is now doing her final year diploma in music (vocal classical) at Aswara.

“The course I’m taking is something related to my hobby and interest and most importantly, my passion,” she said.

Although she likes singing most, Dewi said she remained committed to modelling and acting.

“Singing is my passion ever since primary school. Now, I’m doing everything part time because I’m still studying.

“I will give serious thoughts to all these after completing my studies. My ambition is to be a lecturer in vocals,” she added.

On acting, she said she would take up the offer to act in a film if the script was right.

While acknowledging it wasn’t easy to be a master of all trades, Dewi said she would try and use her talents — which she believes are gifts from God — to achieve something.

She now lives Kuala Lumpur, having moved there in early 2006 to continue her studies in Form 4 and Form 5 and performing in shows during weekends.