Monday, May 23
You are at:Home»News»Sarawak»Sarawak allocated RM45 mln for tourism products 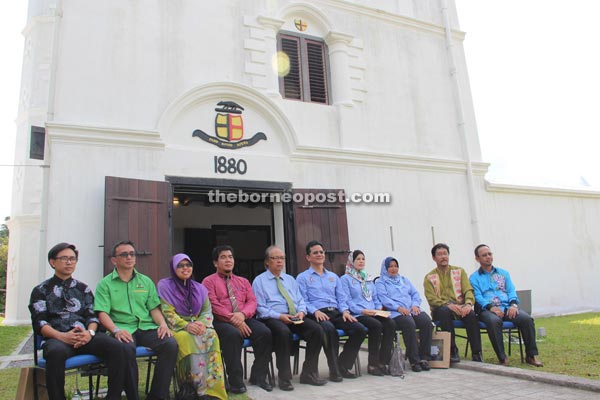 Ministry of Tourism and Culture deputy secretary general Rashidi Hasbullah said this amount is
considered high for any state.

“Of the allocation, only RM2.3 million has been spent so far. Therefore, Sarawak can apply for the fund if there are other historical sites or buildings that need to be conserved,” he said before handing over the newly restored Fort Margherita to Ministry of Social Development principal assistant secretary Sebastian Sujang yesterday.

He said the vicinity of Fort Margherita could be further beautified to attract both local and foreign visitors.

Apart from the RM2.3 million Fort Margherita project, the ministry through its National Heritage Department also approved RM4.1 million to construct a walking path along the Kuching Waterfront up to Kampung Sourbaya.

He said the 380-metre path, which was completed last year, would offer a scenic stroll for tourists.

As of May this year, he said 11.53 million foreign tourists had visited Malaysia – an increase of 10.1 per cent compared to last year.

“Now with Fort Margherita completely conserved as well as other tourism products promoted in conjunction with Visit Malaysia Year 2014, I believe more tourists will come to Sarawak and Malaysia,” he said.