Saturday, January 23
You are at:Home»News»Sarawak»Sim: Do more to promote Carpenter Street’s appeal 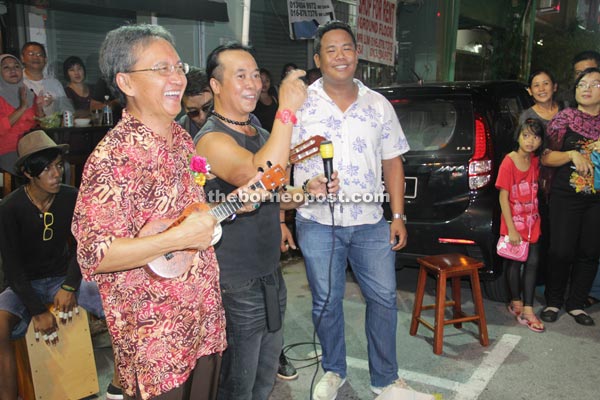 Mong (left) plays the ukulele as he joins the street buskers for a song. 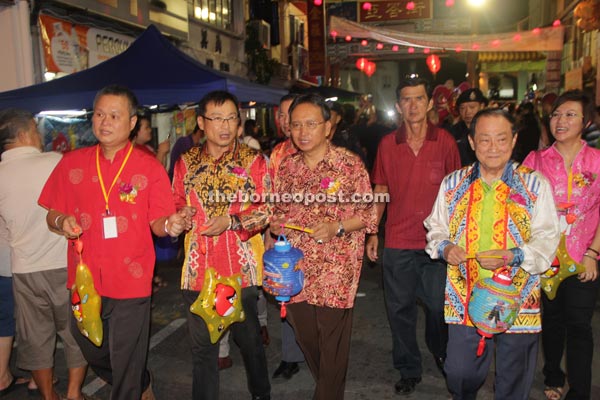 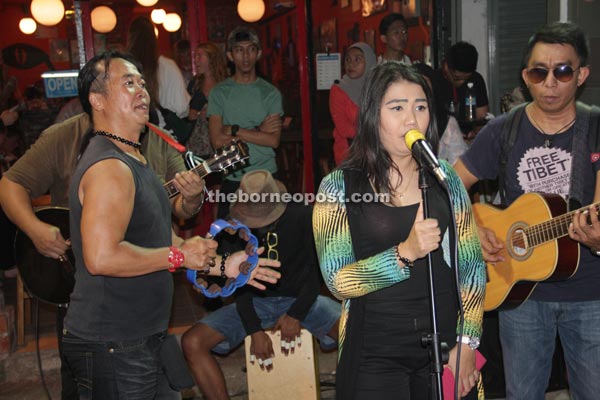 These street buskers are a big draw with visitors as they entertained with their cover version of current chart toppers.

Its president, Dato Sim Swee Yong, said about 20,000 people, including foreign tourists, crammed this 140-year-old narrow street every night since last Thursday to experience the festival. This, he said, proved that Carpenter Street was more than just a historical part of the city.

“This year, the mooncake festival, organised by our association, succeeded in attracting people to Carpenter Street. Business owners are very happy, and they hope to see more similar events here in future,” he told The Borneo Post on Sunday night.

Sim was accompanying Assistant Minister of Agriculture (Research & Marketing) Datuk Mong Dagang on a walkabout at the festival, which featured over 60 stalls. There were lively performances from various quarters, including street buskers, too. 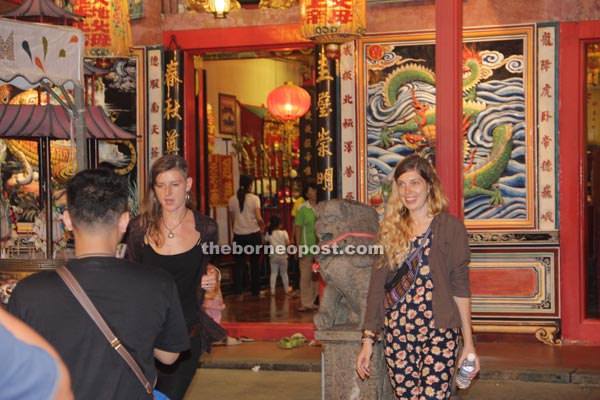 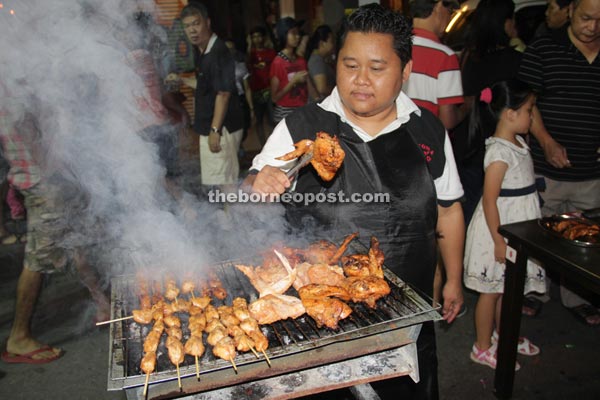 One of the many BBQ stalls at the festival. 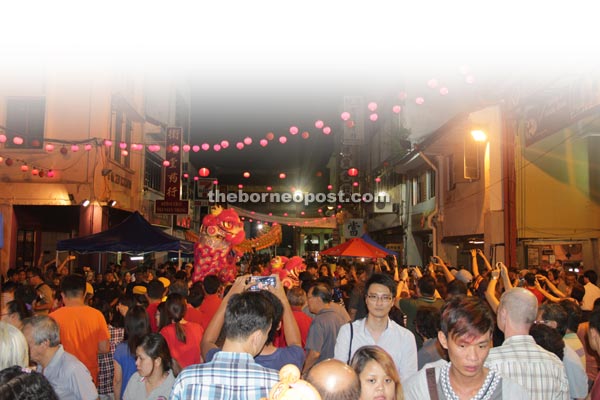 Sim said his association shouldered the 13th edition of the festival alone as no one was keen to undertake the task. The organising committee members only had 10 days to do it, but they were happy with the response, he said.

“Dayaks, Malays, and Indians set up stalls alongside the Chinese. Performances were not done by the Chinese alone, other races also join in. This is the Spirit of Sarawak that we wanted the visitors to feel.”

On Carpenter Street, he said it was experiencing a revival of sorts with the setting up of many affordable lodging as well as hip night spots, which appealed to young foreign tourists.

“Carpenter Street was set up by Chinese traders some 140 years ago. It is changing with time. The street is no longer filled with Chinese-owned shops. Other races are setting up businesses to cater to tourists. 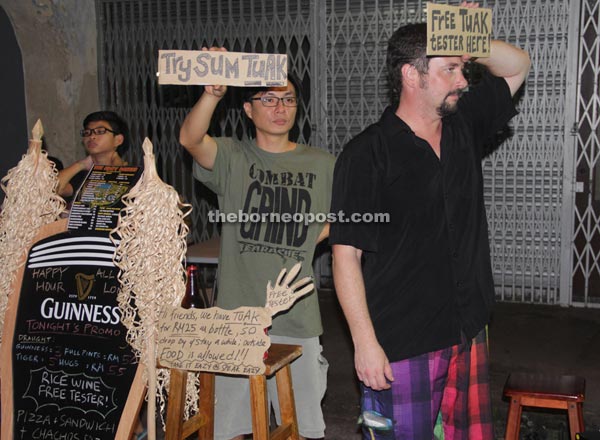 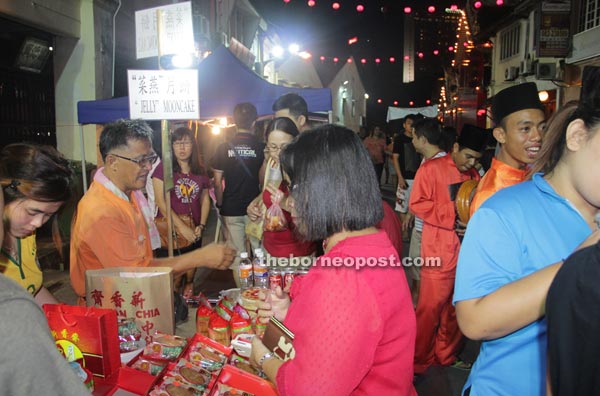 People crowding at a mooncake stall.

“This is good for Carpenter Street, and it deserves to be better promoted as it has historical value and tourist potential.”

Sim said about 20 years ago there was a proposal to turn Carpenter Street into a pedestrian mall, like India Street, but business owners disliked the idea.

But in view of changes in the area, including its proximity to the Plaza Merdeka shopping mall, he said business owners might welcome the proposal, if it were raised again.