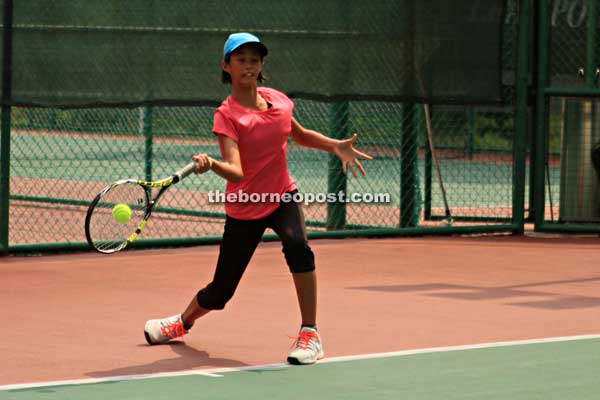 Currently, there are 10 boys and 12 girls training under the programme with national coach Deen Hesham Abdullah Tan at the helm.

Deen is assisted by two foreign coaches James Peter from Australia who takes care of the development players and Eric Pietrsz from Holland who trains the elite players.

The trainees stay at the national tennis centre and study at schools in Kuala Lumpur.

They are also provided with board and lodging, allowances and arrangements to compete in ATF or ITF junior tournaments in the country and nearby countries.

“Although it is still in the initial stage, I can see the players are progressing well and some of them have already won ranking points,” said Liew who is LTAM vice president.

“We are fine-tuning the programme and overcome the shortcomings. Most importantly, it has the financial backing from the government,” he added.

He felt that the academy provided a very good opportunity for those players who aim to go into tennis full-time.

It is also a good opportunity for the tennis associations of other states who had limited resources to send their players for a systematic and professional training programme.

“This is also part of the long-term programme that will eventually produce players who shall take up the country’s challenge at international competitions such as the Davis Cup and Fed Cup,” said Liew.

According to him, Assri, who had completed his training stint in the US, is now training at the academy in preparation for next year’s challenge in the Davis Cup.

Previous ArticleJamery eyes gold medal at Asian Para Games
Next Article ‘Crazy’ Uchimura in a league of his own, says Biles