Thursday, January 21
You are at:Home»News»Sarawak»Adenan earns respect of Bidayuh community 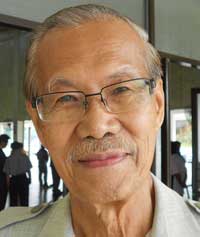 BAU: Chief Minister Datuk Patinggi Tan Sri Adenan Satem has earned great respect from the Bidayuh community for allowing them to own the mountains their ancestors used as hideouts from enemies in the past.

“Their place of defence is called ‘Bung’, which means top because they usually used mountains as their hideouts and defence against enemies, but many people were not aware about this as no one brought it to light.

“Now that the chief minister has agreed to recognise mountains occupied by the Bidayuh community and gazette them as communal land, we should give him great respect,” he told thesundaypost during the signing of a Memorandum of Understanding (MoU) between the Association of Research and Development Movement of Singai Sarawak (Redeems) and Agriculture Department yesterday. 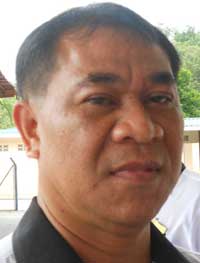 A Singai community leader, Penghulu Jidokson Raway, said this was the most exciting news for the community and something they had been waiting for years.

“I really salute our chief minister for that because in fact this is something our community had been asking for all this while, so for this he (Adenan) deserves the highest respect from the Bidayuh people in particular,” he said.

On Friday, Assistant Community Development Minister Datuk Peter Nansian Ngusie revealed that Adenan recently said the state government had agreed to give rights to the Bidayuh community over the mountains they occupied in the old days.

Nansian said the community leaders would need to apply to the state government and provide evidence to prove that their ancestors occupied the mountains.