Monday, January 30
You are at:Home»News»Sarawak»Sarawak aims to recruit 2,280 volunteer reserves by 2017
For the freshest news, join The Borneo Post's Telegram Channel and The Borneo Post on Newswav. 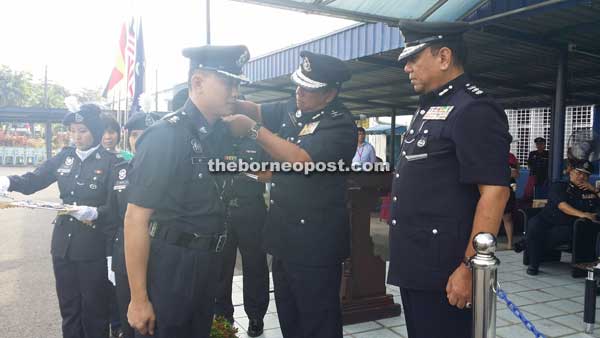 KUCHING: Individuals from the diverse community are encouraged to join the Police Volunteer Reserves in support of crime prevention and community policing.

“Currently, there are 1,033 volunteer reserve officers in Sarawak,” he told a press conference after the promotion ceremony for 23 officers at Kuching Police Headquarters at Simpang Tiga.

The ceremony for Kuching Contingent saw six officers promoted to the rank of deputy superintendent of police while 17 members received promotion from corporal to sergeant major.

“This is a notable development as it shows public support and that the people are interested in becoming part of the police force,” he added.

Burhanuddin pointed out that police volunteer recruitment will continue through several sessions, in line with the government’s aspiration to train 50,000 Police Volunteer Reserves throughout Malaysia by 2017.

He hoped the promotions will lead officers and members to work with more commitment and discipline in assisting police to reduce the crime rate in Sarawak particularly.

“I also hope that other officers and members will continue to enhance their quality of work while contributing their bit to make our communities and country a safer place,” he advised.

“The duty and role as Police Volunteer Reserve will definitely require big sacrifices from time to rest and family time because this is no ordinary public service,” he revealed.

Burhanuddin pointed out that members of the Police Volunteer Reserve come from a variety of background and cultures including professionals such as engineer, heads of departments in both private and public sectors, accountants and even entrepreneurs.

“Their different experiences and skills are important to enhance the work of police in ensuring the safety and security of our people and state and country as a whole,” he stressed.

On duties and responsibilities, he informed that the volunteers will also be directly involved in police operations such as road block, patrol, surveillance and the like. 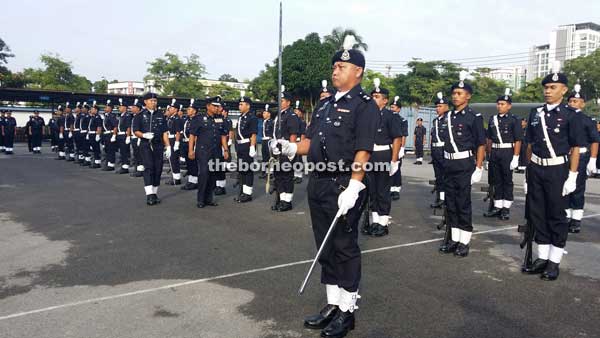 “They have the same powers as police officers according to their ranks when they put on their uniform and carrying out duties,” he elaborated.

“Also, they are paid an allowance of RM6 per hour and their time commitment to an assignment is not more than 48 hours,” he added.

He also pointed out that the department hopes to localise volunteers’ duties so they can focus on neighbourhood watch in their respective areas to reduce crime.

Volunteers, Burhanuddin added, will undergo basic training to equip them with knowledge of the law and weapons as well as cadet and self-defence training.

“Continuous training will be provided to volunteer to ensure they have the adequate and updated knowledge and skills to serve the community,” he assured.