Friday, December 3
You are at:Home»News»Sarawak»One dead in dispute over NCR land

KUCHING: A dispute between two relatives over a plot of Native Customary Rights (NCR) land in Sri Aman ended with one dead and the other arrested following a confrontation on Tuesday. 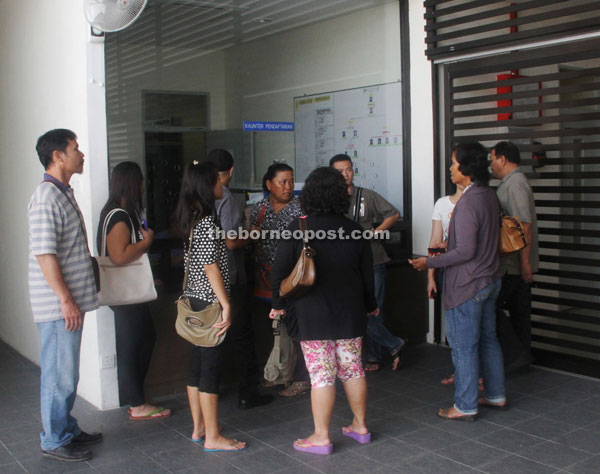 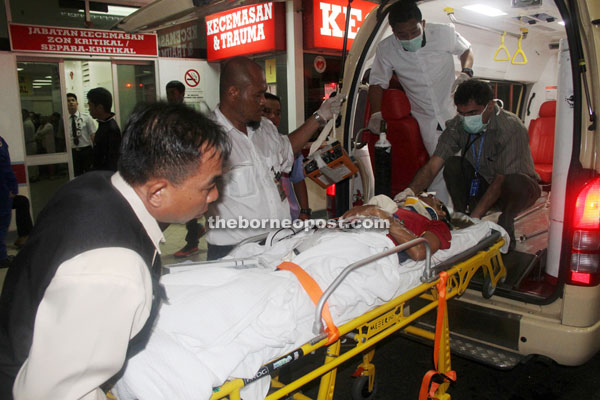 Medical personnel arrive at SGH with Chalik, who later died in the hospital.

The incident began when the deceased, identified as retired soldier Chalik Tinggi, 59, received a complaint from his sister-in-law that someone was poisoning the padi she had planted on her land along Jalan Serian-Sri Aman.

Together with his wife, brother-in-law and father-in-law, Chalik headed to the land in question around 10am in the hope of catching red-handed whoever was responsible for the misdeed.

When met yesterday, Chalik’s wife Rani Chendang, said the group had only been waiting a short while when three men, comprising a male relative, his son and a cousin, showed up carrying a large container of weedkiller.

According to her, the relative proceeded to empty the contents of the container on the padi and was about to leave when he realised that he was being watched by Chalik and the others.

Instead of leaving, he confronted them and ended up assaulting Chalik’s brother-in-law, prompting the ex-serviceman to step in to intervene.

The relative, however, responded by assaulting and pushing Chalik to the ground which caused the latter to sustain an injury to the back of his head and subsequently fall unconscious.

Following the incident, family members rushed Chalik to Sri Aman Hospital before lodging a police report over the matter.

Sri Aman police chief DSP Mat Jusoh Mohammad, who confirmed the case, said Chalik was in a coma when he was referred to Sarawak General Hospital (SGH) where he died at 8.43am yesterday.

He added that the 57-year-old relative, who is an oil palmgrower, was arrested soon after Chalik’s wife lodged a police report and is being investigated under Section 302 of the Penal Code for murder.

“Based on early information gathered, both parties were involved in a dispute over a piece of NCR land at the Selepong area along Km27 Jalan Serian-Sri Aman,” said Mat Jusoh, adding the suspect has been remanded for seven days to facilitate further investigation.