Saturday, August 20
You are at:Home»News»Sarawak»Fiery tunnel of death 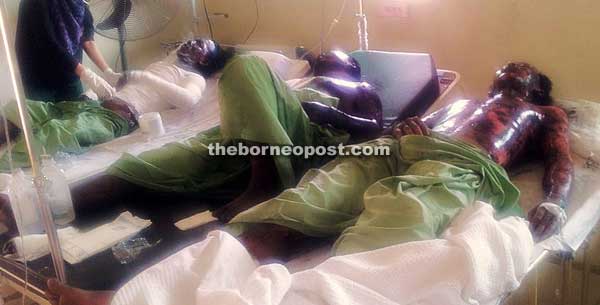 Three victims with severe burns being attended to at Sri Aman Hospital.

SRI AMAN: An explosion at an underground coal mine in Selantik, Pantu here yesterday claimed the lives of three foreign workers and left over two dozen others seriously injured.

The deceased were identified as Tun Tun Win, 36, a Myanmar national; Pang Chung Hyok, 29, from North Korea; and Kardianto, 38, an Indonesian.

Other workers comprising North Koreans, Indonesians, Myanmarese, Chinese and Bangladeshis, suffered severe burns and other injuries resulting from the 9am explosion, which occurred 69m inside the tunnel.

Some were rushed to the local hospital, while several others were brought to Serian Hospital and Sarawak General Hospital (SGH) in Kuching. A few were taken to the government clinic in Pantu.

Given the circumstances, however, there were conflicting reports on the actual number of injured victims, with figures ranging from 26 to 31 people being sent for treatment.

In a statement yesterday, state police commissioner Dato Sri Muhammad Sabtu Osman said that the mine – about three kilometres from the main road here – had been operating over the past eight years with 119 foreign workers from North Korea (46), Indonesia (19), Myanmar (29), China (15) and Bangladesh (10).

It is believed that the explosion was caused by sparks from a faulty fan inside the gas-filled tunnel, setting it on fire.

The flames, however, died down after the gas inside ran out, enabling survivors to escape.

As at 7pm yesterday, most of the injured had been referred to SGH due to the severity of burns, while at least three victims whose injuries are said to be less life-threatening, remained hospitalised here.

The last fatal coal mine explosion in the state happened here in Abok in March 2012, which claimed the lives of four Chinese nationals. 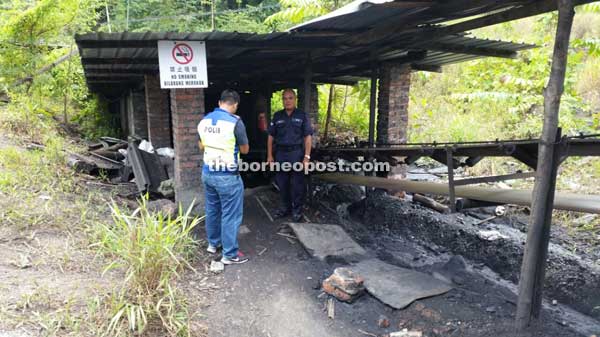 Police personnel inspecting the entrance to the underground tunnel. 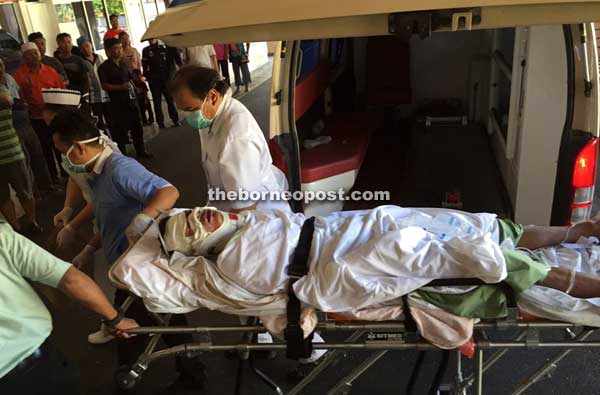 A victim arriving at the Emergency Section of SGH in Kuching from Serian Hospital. 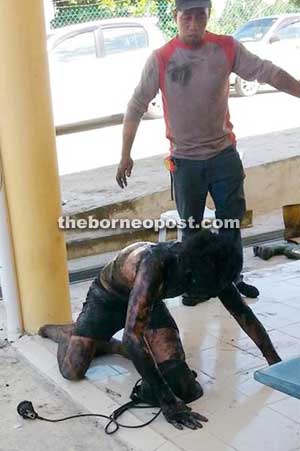 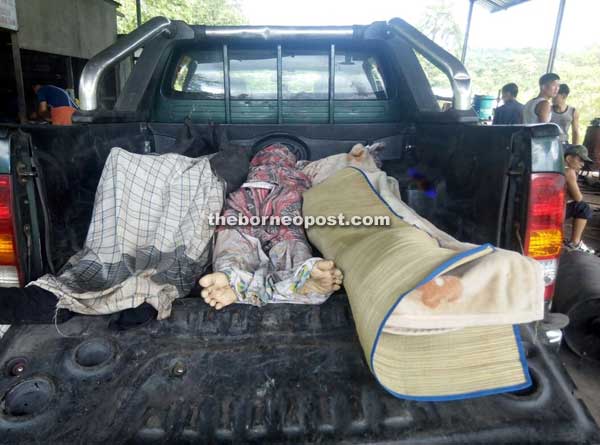 The bodies being taken to the hospital on a police truck.

Selantik coal mine to be closed temporarily