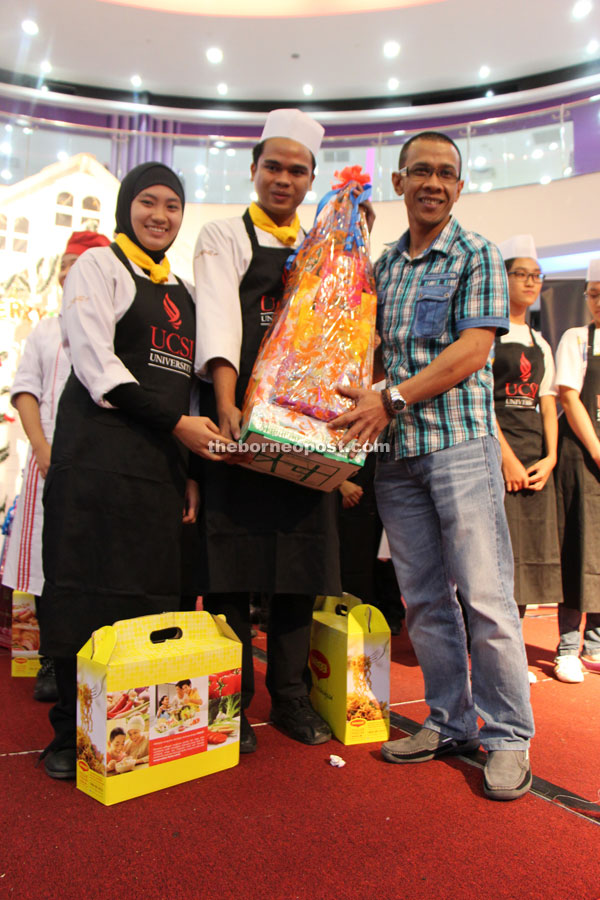 A popular annual event of the university, the culinary competition was open to students from local secondary schools, said a press release issued by UCSI yesterday.

A total of 15 teams comprising two members each, participated in the event. Among them were SMK St Mary, SMK Bandar Kuching No 1, SMK DPHA Gapor and Kolej Vokasional Batu Lintang.

Six teams that qualified for the final round were then required to prepare ‘Sarawak Fusion Cuisine’.

The competition aimed to promote culinary skills and arts while highlighting the global job prospects of the field and at the same time instilling interest in cooking among the younger generation.

Prizes for the competitions were hampers sponsored by Nestlé Malaysia and UCSI University.

Conducted alongside the competition was the first ever Korean Showcase by 41 students from UCSI University’s Hotel Management, Leisure Management and Culinary Arts programmes.

The showcase featured activities such as traditional dance, face painting, a language booth, food and mocktail tasting, lucky draws and games, and the highlight, a flash mob.

It was organised in line with the Korean government’s efforts in promoting culture, food and music around the world and UCSI University was proud to have been selected as one of the leading education centres in South East Asia to promote the awareness campaign.

For more information on the event and courses available in UCSI University Sarawak Campus, call 082-455255 or logon www.ucsiuniversity.edu.my.