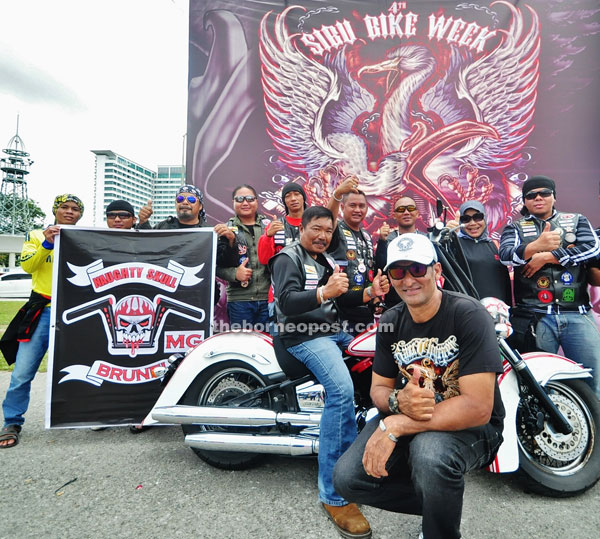 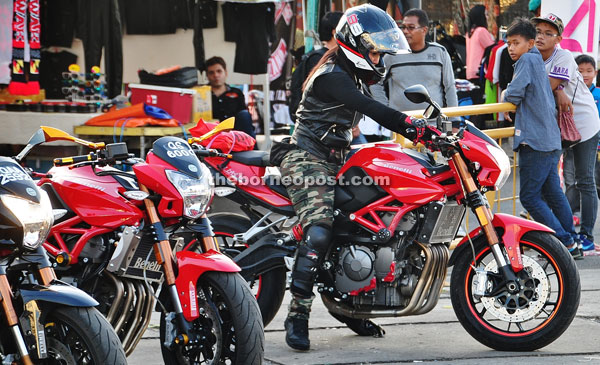 A woman rider with her Benelli superbike. 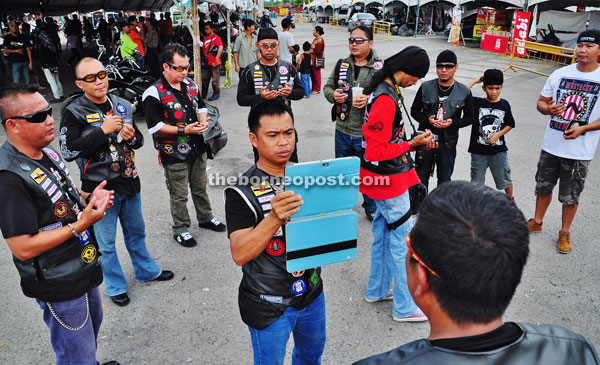 Brunei bikers pray for a safe journey home at the end of the event. They said this is what they usually do when they ride in a group. 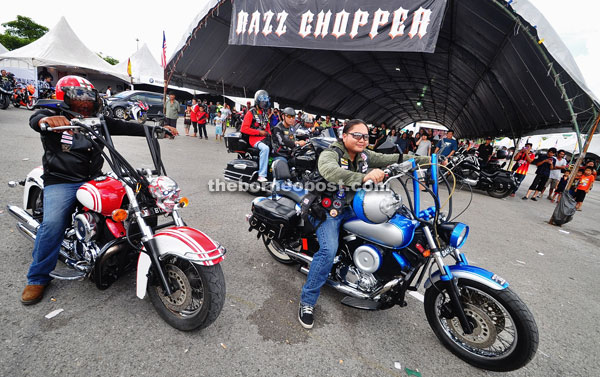 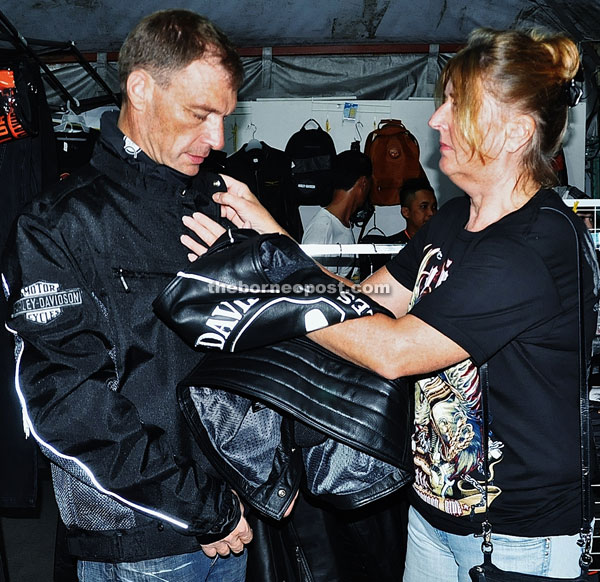 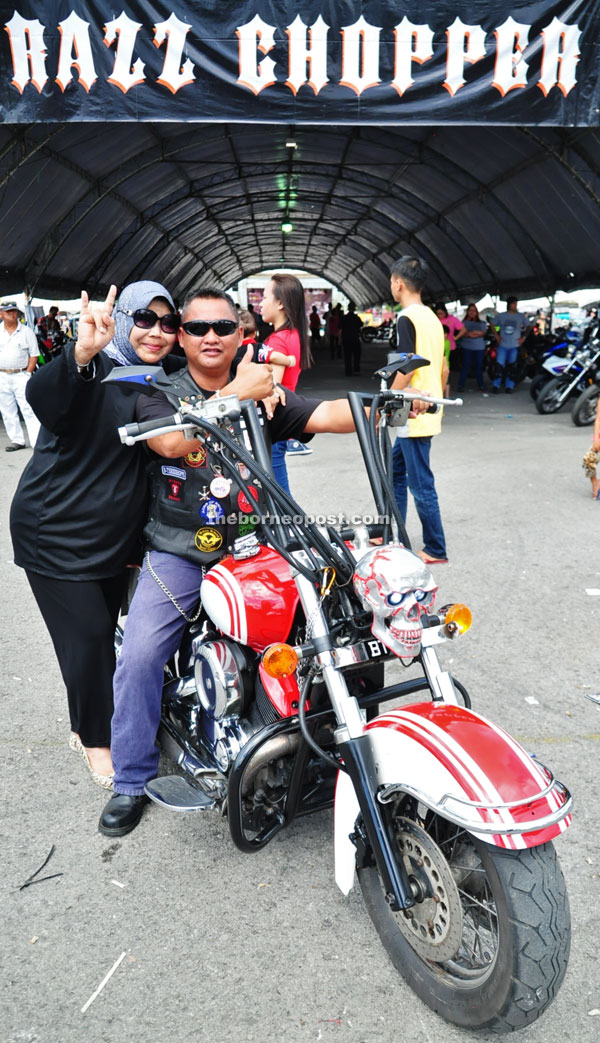 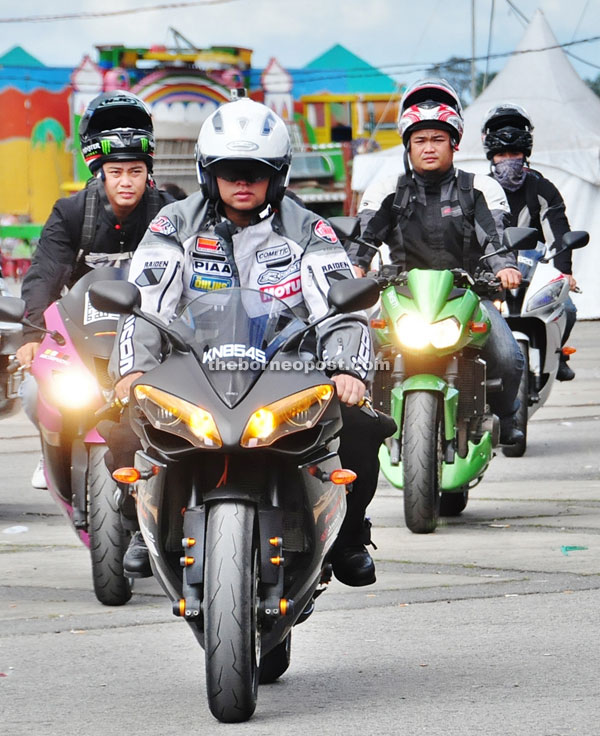 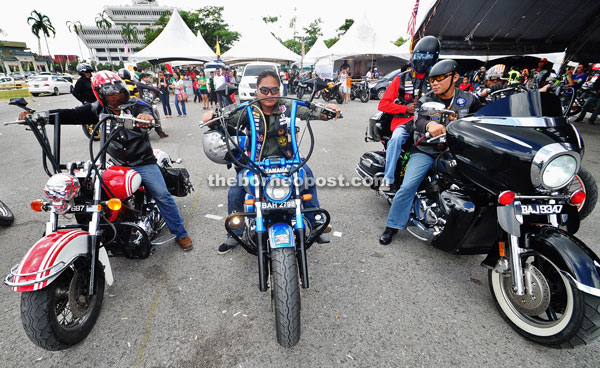 SIBU: The Sibu Bike Week has become an international affair judging by the around 2,000 bikers from across the globe participating in its fourth edition here last weekend.

Among them were bikers from Sabah, Sarawak, Brunei and Kalimantan in the Borneo island, Peninsular Malaysia, Germany, Spain, the Philippines, Holland, Australia, Abu Dhabi, Indonesia and Thailand.

“This has put little-known Sibu in the world tourism map. Visitors said they were thrilled. They vowed to return next year; they will bring in more friends. So Sibu, let’s shape up for more thrills.”

She also said remarks from foreign bikers had boosted the confidence of her organising team.

“We are setting a bigger target next year. We are ready to host one that doubles the size of this year’s event. We want to bring in more foreigners.”

She was glad that the event had brought enthusiasts of motorcycles, cars, vehicle audio system, skateboard and BMX, paintball and zumba together to share hobbies and experiences.

For three days since last Friday, the streets of Sibu were filled with roars of what one biker from Kuching Cecil Adenan said “the dream machines”.

The event not only made heads turn but raised a few eyebrows as well.

Assistant Tourism Minister Datuk Talib Zulpilip said he was impressed with the huge crowd that came to the bike show.

“The hotels, food outlets and other businesses have benefited. I hope the host will consider extending their adventure activities to the longhouses, villages and the natural beauty of Tropical Sarawak.”

Delighted visitors also gave the thumbs-up to host Razz Choppers, saying the event was well organised and they were well taken care of.

Thus, they promised to return and bring more friends during the next edition.

Mazlani Mohd Bahrain, 42, who came from Brunei with his wife Sarimah remarked that the event was “well organised. It’s a happy holiday for me and my wife”.

Though he did not expect to see such a huge crowd he was glad that he had the opportunity to visit the various stalls and mingle with the crowd.

“But it is a bit crowded at the food and drink sections. Can the host consider separating them for more space?”

Both were touched by the hospitality of the locals.

“I give the highest rating for it. Honestly, I was impressed.”

Saying he would share his happy experience at the Sibu Bike Week with his friends, he disclosed that they would be hosting Borneo Island Big Bike Festival from May 1 to 3 in Brunei next year.

Mohd Nazri Bakawi, a rider from Marudi who attended the Sibu Bike Week for the first time, was equally impressed.

He said the event though it stretched for three days was too short to mingle with other riders, thus he suggested that the host organise a bikers’ welcoming dinner in the next edition.

Though he was thrilled with the bike display he hoped the host would consider organising a competition for the Most Beautiful Bike and other contests.

He said he had been to similar events elsewhere and found such activity interesting.

Kuchingite Cecil Adenan wants the event to be held annually.

“This will bring the big bike community in Sarawak together. I hope to see more interactions among us.”

At the same time, he hoped locals would not have a misconception of the bikers.

“Bikers are not ‘samseng’. When we gather, we drink and talk about riding our dream machines. It’s a healthy hobby and recreation.”