Thursday, October 21
You are at:Home»Columns»Breaking Barriers»When common medicines do not work any more 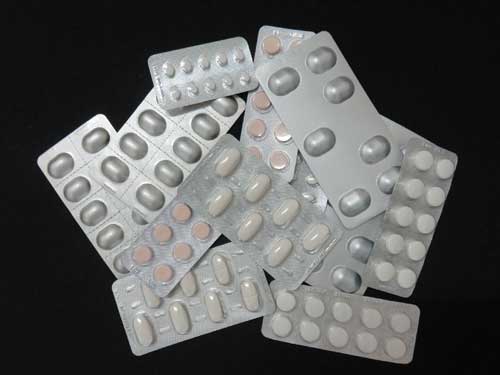 EVERY six months, like clockwork, I would wake up in the morning with a slight discomfort at the back of my throat. That would be the precursor indicating my day would quickly go south.

Last Wednesday was one of those days. By afternoon, swallowing became painful. I was groggy. My voice turned hoarse. When my wife got back from work and heard me, she asked if I wanted to go to the clinic.

It is no fun to be unwell but I have not sought medical treatment for sore throats, coughs and colds for the longest time, not since what my urologist told me many years ago.

I was suffering from recurrent chronic urinary tract infection then. He ordered a culture and sensitivity test to identify bacteria in the urine and determine the antibiotics they are susceptible to.

The results that came back were less than favourable. Infection-causing bacteria inside me have become resistant to common antibiotics from the overuse of these drugs. Only the strongest can counter them.

I am caught in this predicament because during the initial years of my spinal cord injury, I was heavily dosed with antibiotics to treat a series of stubborn urinary tract infections, a pressure sore and an infected wound on the scrotum.

The urologist warned me against taking antibiotics and other medicine unnecessarily, especially those that are nephrotoxic (poisonous to the kidneys) since my kidney function was already impaired as well.

If I continued with the injudicious use of these drugs, I would progressively need stronger and stronger ones up to a point where treatments against infections would not work on me any more.

To reduce the occurrences of infections, I was asked to drink more water, empty my bladder with a catheter regularly and practice good hygiene at the same time – advice I have adhered to religiously till this day.

My water intake is strictly regulated to ensure I do not leak in between catheterisation as I am incontinent. I have not had a serious infection requiring treatment since except once when I underwent a study of my bladder function called a urodynamic test.

I had very strong suspicions that contaminants were unintentionally introduced into my urinary tract when I saw how the procedure was performed up close. True enough, I came down with fever and chills the next day.

After struggling with on and off bouts of fever, my wife finally dragged me to the hospital where the doctor duly prescribed antibiotics and paracetamol. The fever went away the next day.

I hope that did not lead to the development of another strain of drug-resistant bacteria in me. And luckily, the delay in getting treatment did not do any damage to my kidneys.

After that incident, I have become very mindful of medical procedures that introduce foreign objects into my body. They could cause infections even with the use of sterile equipment because somewhere along the line, it could become contaminated although all proper procedures have been observed.

Drug-resistant bacteria is not the only issue. Other micro-organisms such as viruses, fungi and parasites can and have developed resistance to existing drugs. This problem has become a health threat of global proportions as evident by the release of two major studies on the topic this year.

According to the WHO report, the problem has become so serious that common infections and minor injuries can cause death when those organisms no longer respond to drugs which they were originally sensitive to.

In the Review on Antimicrobial Resistance presented by renowned economist Jim O’Neill, it was stated that failure to tackle antimicrobial-resistant infections will cause 10 million deaths per year worldwide by 2050.

It also noted that even when antimicrobials are used appropriately and conservatively, they still contribute to the development of resistance. Excessive and unnecessary use makes it worse.

This is a very scary scenario. The thought that modern medicine may not be able to save us from simple ailments is simply difficult to comprehend. Who knew overusing medicine against bad bugs could wreak such havoc on humanity?

On the bright side, the reports also mentioned new drugs, vaccines and therapies are being developed to fight this scourge together with a call for international cooperation to monitor and deliver treatments rapidly to arrest the spread of such diseases.

In the face of this looming crisis, we need to educate ourselves on the risks and benefits of the medicine we take and be proactive when it comes to our own health.

There is a trend to take antibiotics for simple ailments like coughs and colds. Antibiotics are good against bacteria. The common cold is caused by viruses. Unless there is a corresponding bacterial infection, antibiotics are useless in treating colds.

As for me, my symptoms have progressed to coughs induced by an itchy throat, partial nasal congestion and general fatigue. With lots of rest, I will recover in due time with one less common cold virus to worry about. We cannot be infected by the same cold virus twice as our body would become immune to it after we recover.