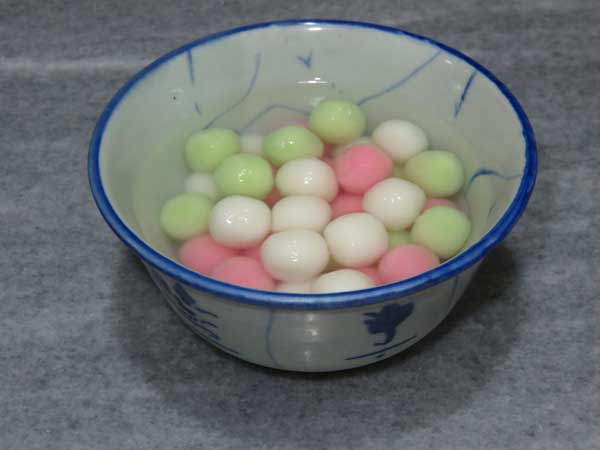 The writer remembers how his family had always heralded the Tang Chek by making ‘kueh ee’ – glutinous rice flour balls steeped in a fragrant syrup of ginger and pandan.

THE Winter Solstice Festival falls on Dec 22 this year. It is known as Tang Chek in the Penang Hokkien dialect. To the older generations of people of Chinese ethnicity, the cultural significance of this festival is equal to that of the Chinese New Year. They are both celebrated with as many elaborate rituals and feasts as possible.

In the old days, work was hard labour throughout the year and breaks were taken only for events of great importance. Winter solstice, being the first day of winter, was also considered the first day of the New Year in ancient China when people across the land laid down their tools and came together for thanksgiving and performing ancestor worship – a practice that is still observed to this day.

It was a tradition in my family for as long as I can remember to herald the Tang Chek by making glutinous rice flour balls called ‘kueh ee’. On the eve after the dining table had been cleared, we gathered around rolling bits of coloured dough between our palms into marble-sized balls. I was allowed to join in the activity when I was 10 years old.

This was one of the few times in the year the entire family got together. While our hands were busy, the elders kept us entertained with stories of how the festival was celebrated when they were our age. At the same time, they kept a close eye on the balls we churned out to ensure that they were uniform in size and shape.

The finished kueh ee were placed on a large enamel tray and covered with a towel to keep them moist. They were prepared beforehand so that the time on the next morning could be devoted to preparing and cooking the main dishes for the feast that we would partake in.

Our work done, we children were asked to wash our hands and unceremoniously ushered to bed. Sleep was the furthest thing from our minds as we eagerly anticipated the happenings of the next day. But we drifted into slumber anyway, worn out by the effort and excitement of the evening.

By the time we woke up, the delicious aroma from the kitchen was wafting throughout the house. The dishes were always the same for all festivals: ‘jiu hu char’ (stir-fried sengkuang with dried cuttlefish), stir-fried vegetables, cabbage and meat

ball soup, a generous cut of roast pork and a whole poached chicken.

We never complained though as it was only during the celebration of festivals that we got to savour such spread. The only exception was the kueh ee that we made. They were steeped in a fragrant syrup of ginger and pandan and only served during the Tang Chek.

When the cooking was done, the food was first laid out before the altar in honour of the deities and our ancestors. We were each given three sticks of lit joss sticks and taught to ask for protection and pray for the health and prosperity of the family.

Having fulfilled our filial piety obligations, we were then served with a bowl of piping hot kueh ee each. Eating them, we were told, signified that we had grown another year older and that we should be more obedient to the elders, responsible in our actions and hardworking in our studies.

And then the whole family sat down together to enjoy the food and the warmth of rekindled ties. Sounds of laughter and merriment filled the house which was quiet at other times.

For us children, we were too young to understand the value of preserving family bonds.

In our minds, it was mostly about food and drinks. Feasts like this were the only time our parents were more lenient with us when we stole sips of beer from their glasses in between stuffing ourselves with all the delicious food. Imbibing the beer made us feel like adults even though it tasted horrible!

After our father’s passing, the once large family gradually broke apart. We no longer celebrate Tang Chek together anymore.

However, the significance of the day is no less diminished in me. On winter solstice 11 years ago, I received my first catechism which eventually led to my baptism as a Catholic.

I had told one of my cousins of my interest in learning more about Christianity. She found a catechist who could visit me at home to teach me. As I listened to the readings from the Bible, I experienced lightness in my soul and contentment in my heart. After years of drifting aimlessly from one religion to another, I finally found the harbour to anchor my faith.

Come winter solstice, I will still be celebrating the transition of the season and my own spiritual transformation; albeit without all the food and fanfare of yesteryear.

Rather, I will be spending the final days of the year in quiet reflection of my journey of faith so far, and perhaps share a small bowl of kueh ee with my wife – just for old times’ sake.