Sunday, February 5
You are at:Home»News»Nation»Rising flood waters force more people to flee homes in east coast of Semenanjung Malaysia
For the freshest news, join The Borneo Post's Telegram Channel and The Borneo Post on Newswav. 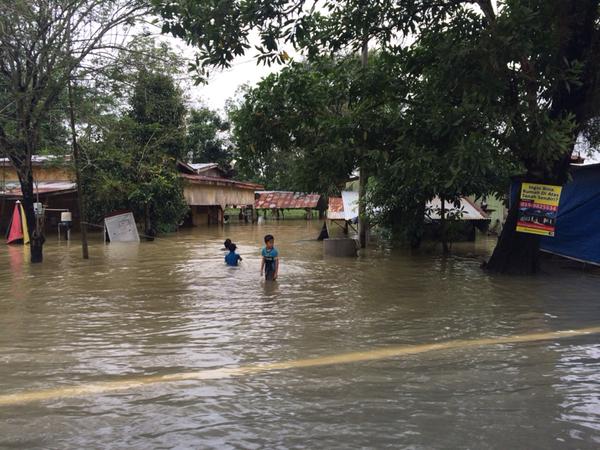 KUALA LUMPUR: The second waves of floods in the east coast states of Kelantan, Terengganu and Pahang continued to worsen on Tuesday (Dec 23), forcing more people out of flooded homes overnight.

In Kelantan, the number of evacuees in the affected eight of the 10 districts rose to 20,468 Tuesday morning, up from 16,081 last night, according to the state government flood portal. They have been housed at 70 relief centres.

The rise in the number of evacuees followed incessant heavy rain on Monday in Kelantan’s Gua Musang district that raised the levels of rivers and caused floods in low-lying areas.

The floods in the state also forced the closure of 15 stretches of road, eight of them closed to all traffic and seven closed to heavy vehicles.

Photos from a Channel NewsAsia viewer who identified herself as Mrs Chan also showed the streets of Chukai district in Terengganu inundated with water. -Bernama