Tuesday, January 25
You are at:Home»News»Nation»Government to carry out ‘post-mortem’ on floods 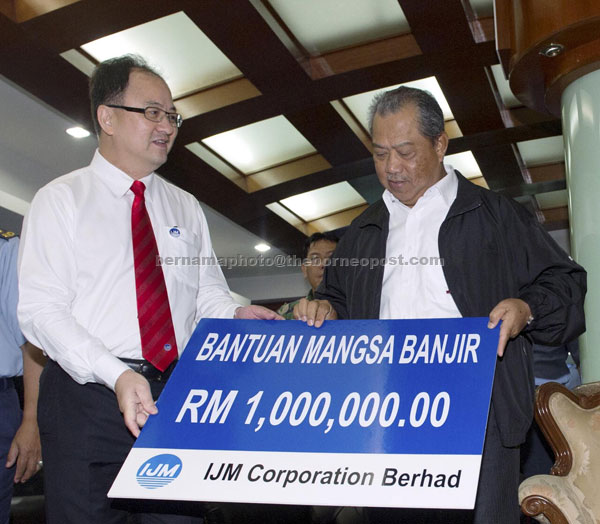 PETALING JAYA: The government will undertake a thorough post-mortem to identify the real cause for the extraordinary floods particularly in the east coast after the floods have receded, said Tan Sri Muhyiddin Yasin.

The Deputy Prime Minister said the study would cover numerous factors such as the weather change, forest exploitation and intrusion, the cutting of hill slopes besides the lack of infrastructure to divert the water flow to the sea.

“Later after the floods have subsided, we will carry out a thorough post-mortem (to identify) on the reasons that led to the floods,” he said when met by reporters after listening to a briefing on the delivery of flood aid to the east coast at the Subang Royal Malaysian Air Force (RMAF) Base, here yesterday.

Meanwhile, Muhyiddin said the operations to ferry flood aid contributions to the victims were going on smoothly despite the limitations in terms of assets and so on.

He said that besides manpower from the public and private sectors as well as the military personnel, resources from the airline companies such as Air Asia and Malaysia Airlines Cargo Sdn Bhd (MASkargo) were also being pooled to ensure that all the supplies reached the flood victims according to their needs.

“I am also deeply touched by the public support because according to the reports received, many of the goods that were delivered to the victims came from various groups throughout the country,” he said.

Muhyiddin said he had been informed that so far 200 metric tons of aid, including food and drinks, had been sent to the flood victims from the TUDM Base, Subang here which had been activated as the Food Supply Gathering Centre for the flood victims that operates 24 hours daily.

He said that for the time being, priority was given to the delivery of food and medical aid needed by the hospitals in the flood affected areas, adding that the clothes contributed by the various groups would only be delivered after the floods had receded.

Earlier, Muhyiddin spent time visiting the Food Supply Gathering Centre for the food victims at the TUDM Base and received aid contribution in the form of a cheque replica amounting to RM1 million from the chief executive officer and managing director of IJM Corporation Berhad, Datuk Teh Kean Ming. — Bernama