Saturday, August 13
You are at:Home»News»Sarawak»Malaysia’s total trade up 5.9 per cent to RM1.5 trillion 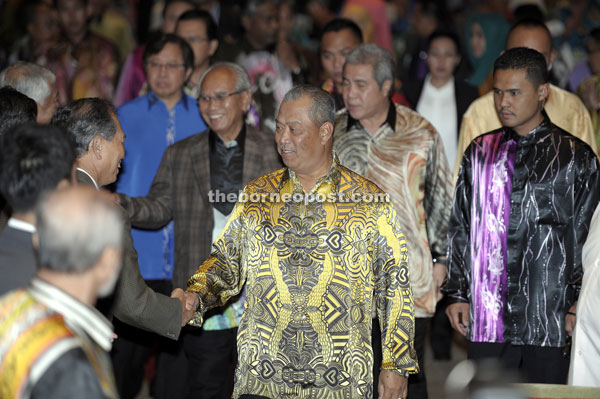 “The manufacturing sector has contributed RM587.3 billion, an increase of 7.1 per cent from RM39.1 billion,” he said when addressing industry players in the state during a meet the people session on Thursday.

Muhyiddin said a total of 3,966 projects were approved in the country with a capital investment worth RM259.9 billion from 2010 to September 2014, adding these investment projects had generated 432,866 job opportunities.

From that figure, 155 projects with a capital investment of RM35.4 billion or 13.6 per cent were approved in Sarawak.

They comprised domestic investment amounting to RM8.4 billion or 7.6 per cent and RM26.9 billion or 17.9 per cent for foreign direct investment and generated 20,039 jobs.

“I have been made to understand that these issues are currently being addressed by the relevant agencies,” he said.

On the development of small and medium enterprises (SMEs), he said the Ministry of International Trade and Industry (Miti), through SME Corp Malaysia, planned and executed various programmes and provided financial assistance.

He noted SMEs made up 98.5 per cent of the total business establishments in Malaysia.

“They are indeed the backbone of our economy and the total SME establishments in Sarawak are continuously increasing to more than 43,000 in 2014. In respect of business support, various assistance in the form of grants and advisory services have been appropriately shared with the SMEs,” he said.

To date, Muhyiddin said 448 youths had received their certificate of recognition and grants worth RM15,000 per person under the Tunas Usahawan Belia Bumiputera (Tube) programme actively executed by SME Corp Malaysia.

In Sarawak alone, 50 successful participants had commenced their business operations and were currently being monitored by business councillors under the supervision of SME Corp Malaysia for a period of 12 months, he added.

Previous ArticleAdenan: ‘Teras, UPP not a problem in seats allocation’ of seats seats for next state polls
Next Article Over 15,000 families to receive flood compassionate aid