Sunday, September 26
You are at:Home»News»Sarawak»The modern timber industrial development of Sarawak in its early stage 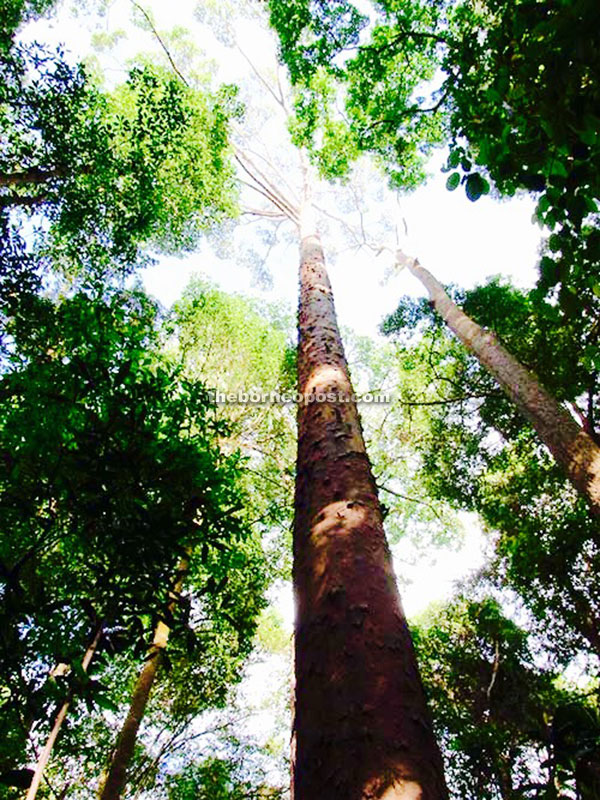 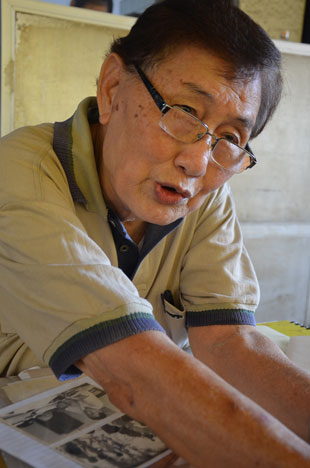 SIBU: Few places on Earth can be as exciting and diverse in their offerings of Nature as Sarawak.

Biologically and geographically, it is one of the world’s great treasure houses of tree species, challenging landscapes and dense forests.

Logging became an important economic activity after World War Two when Raymond Law, a youth in his early 20’s back then, joined the modern timber industry in the early 1950’s.

In his 32-page memoirs, Law, now 85, specifically recorded four types of timber species that have become stars in the international timber market — ramin, Alan Bunga, meranti and keruing — from days these trees had no economic values.

While ramin wood has been extensively dealt in this series, the other three deserve mention too.

In the development of Alan Bunga, a light yellowish pink sapwood from the lowland swarm forest, Law recorded the Japanese traders started showing interest because of the American market.

“We initially shipped a considerable small amount to the agents in Japan. Because of its (Alan Bunga’s) popularity, the agents gradually increased orders to as much as we could produce, and because of their contribution to the Japanese economy, these agents received testimonials and awards almost annually from their government.”

He said demand for Alan Bunga timber surged, “and soon, Taiwan started ordering it too. The softwood fetched high prices.”

Why have Alan Bunga logs been such priced timber?

Alan Bunga exports began in the late 1960’s. Its timber is dense and strong. Its planed surface is smooth.

Law said the timber industry development continued to flourish with Alan Bunga and ramin production and “soon, there was less to harvest from the lowland swarm nearer the rivers.”

He added that this pushed the loggers uphill—and hill meranti wood then came into picture.

Law recalled he was initially approached by a representative of another company for advice about making plywood from hill meranti logs.

“A week later, the representative sent two logs, each the diameter of a small round table, to our Selalang mill. I studied and found them suitable for making plywood.”

He said this opened a new episode in the mass production of hill meranti — the pink to dark red sapwood.

He said the Japanese ordered it in great quantities for making door frame, solid door, flooring, wall, indoor furniture, plywood and others.

According to Law, the Selalang mill also produced another species — the Keruing wood, initially for the East Malaysian market only through a Sibu agent.

He said they made waterproof shuttering plywood out of it, adding that there was little or no demand in the international market because industrialists outside did not know its use.

“Again, the Japanese came to know we were making shuttering boards from it. They were curious.

“So, they asked their business associate —Taihei Machinery Works — to get the first-hand information. This machinery company sent technicians to our mill for after-sales service. They found us making veneer from keruing.”

Law said this opened Keruing to the international market — the Japanese placed orders for great quantities.

“Next, Indian importers started ordering it too. The story of Keruing wood production thus began.’

Of these four species, the meranti wood played a more significant role in the later years as loggers continued moving uphill.

According to the Sarawak Forest Department, in 1970, Sarawak timber exports consisted of 38 per cent hill meranti and 12 per cent Alan Bunga.

The two made up half of Sarawak’s total exports.

The Department said over half of Sarawak’s meranti and Alan logs went to Japan — with much of the rest to Korea and Taiwan.

Meanwhile, in Law’s over-40-year career in the timber industry, he had spent considerable time in shipping.

He noted: “Without this channel, Sarawak timber could never make it out.”

Law had seen how Bartle had travelled to make arrangements to ship timber to Australia and England, and how the Americans had linked trade among Southeast Asia, the Pacific and their country.

Law had played a major role in promoting shipping for the Sarawak Company Limited.

Being a world renowned shipping agent, he had worked towards the development of Tanjung Manis Port –the gateway of Central Sarawak’s timber to the world.

In his memoirs, Law recorded another interesting shipping encounter he called The Freight War between the Russians and the Americans — and this episode opened Russian vessels to Tanjung Manis.

Law said the freight war brewed as the Russians sent large fleet of cargo vessels to ply between Europe and the US.

According to him, the Russian offered low rates, causing many shipping companies to lose out, including the US companies.

This had come at a time relationships between the Eastern (USSR) and Western (US) Bloc countries were tensed politically and economically in the Cold War.

On the home front, he said the US played a tit-for-tat game, refusing Russian vessels to berth at any West Coast ports for discharging their cargoes.

He added that US longshoremen joined the boycott.

“All Russian vessels anchored in the sea for months, waiting for discharge.”

Law said after rounds of negotiations, the US agreed to open only the Los Angeles port for discharge, and this caused a long queue of vessels at the sea.

The US played another tit-for-tat game — Russian ships could unload but no loading was allowed; their vessels had to leave empty-handed.

Then came the next tit-for-tat — the US banned the Russians from shipping out their grains.

Law said this forced the Russians to come up with a secret pact with companies outside US to ship the grains out. The Russians would load the grains into their ships and bring them home happily.

He related that as the freight war heated up, the Russians set up an office in Singapore called the Singapore Soviet Shipping to expand their business.

“Our company approached them and we became their agent in both ports of Seginkat in Kuching and Tanjung Manis.”

He said the shipping company scheduled Fesco Line vessels to call at the two ports.

“We worked in these vessels which had been secretly shipping US grains out. There were grains left in the holds of their ships. I swept them into sacks to bring them home for my chickens. My fowls grew fat and strong.”

In his memoirs, Law recorded Sarawak’s timber industry with moments of excitement, anguish and determination to face stiff competition with the neighboring countries.

He said the Philippines was way ahead, but with the will of both the local and foreign investors, the home industry surged.

He also said coordination with the government had helped, adding that industrialists also offered mutual help among themselves.

He said he and Bartle recruited more than 100 skilled workers from Kudu in Kanowit and Teku in Sibu for the company in Lahad Datu.

In 1961, when Bartle left Sarawak, Law continued working in the Sarawak Company Limited under the Americans.

Some years after the formation of the Federation of Malaysia, the Americans left too.

Law stayed on working in the Sarawak Company Limited under the locals until his retirement. He then went on to join Jaya Tiasa Company under the Rimbunan Hijau Group. He finally called it a day in the 1990’s.

Sarawak’s timber industry has now taken a new path in focusing on sustainable development. Although Law is no longer an active player, he observes the industry’s performance with great interest.

“It’s a long road. Let the younger generations take the industry to a new direction,” he said.

Previous ArticleUPP and Bomba to locate, mark fire hydrants
Next Article ‘Year of the Goat to bring needed blessings’