Is this a new geological epoch made by us? 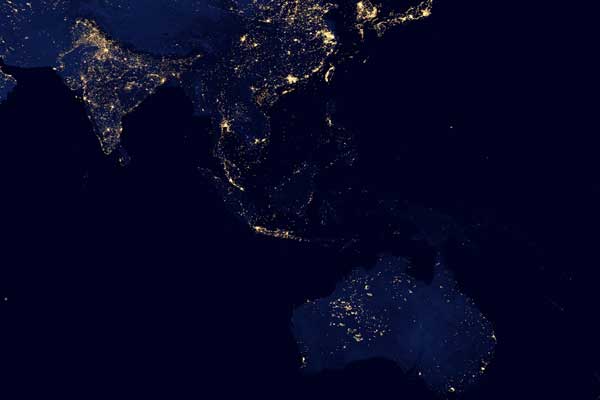 A satellite image of the night lights of the Asia Pacific region.

AS a geographer-geologist, I have always appreciated that my earthly lifespan is only a blink of an eyelid in the geological time scale. For some 48 years since my university graduation, I have taught my students that we are in the Cenozoic era of our planet’s history. This era is divided up into periods and we live in the Quaternary period.

This period is split into two epochs and the earliest of these, dating from 1.4 million years before the present (BP) to approximately 11,000 years BP is known as the Pleistocene epoch or the Ice Ages. In those times much of the northern hemisphere was plastered with continental ice sheets but there were several periods of respite when the climate warmed and the ice melted. Such fortuitous periods were known as the Interglacials. Many geologists once thought that we were still, since 11,000 years BP, in an interglacial phase with the next Ice Age just around the corner.

The second epoch of the Quaternary period, dating from 11,000 years BP to the present and known as the Holocene epoch is where we are meant to be today. The word Holocene is derived from the Greek ‘holos’ meaning ‘entire’ and ‘kainos’ meaning ‘new’, thus we are in an entirely new epoch.

Who cares, you well ask, and how does Borneo fit into all of this when the ice cap feeding the glaciers flowing from the summit of Mount Kinabalu only melted 4,000 years BP? With the American National Aeronautics and Space Administration’s (Nasa) aerial shots of Earth over the last 40 years, we can observe that almost all glaciers and ice sheets are melting.

Scientists, from all disciplines, generally have reached a consensus that the Earth’s atmosphere is changing, as is the vegetation coverage of our planet affecting animal habitats, and that our oceans are rapidly responding to these changes. Yes, our air, land and seas are changing. The speed at which these changes take place and the interactions of these three elements is still the subject of scientific debate.

From the early 1980s, with good evidence, scientists of many disciplines have postulated that since the Industrial Revolution we have been in the Anthropocene epoch, a successor to the Holocene.

This relatively new word, again Greek in origin, literally means ‘new humans’. The term Anthropocene was first coined by the late Professor Eugene Stroemer, an American biologist, in his references to the impact of human activities on planet earth. 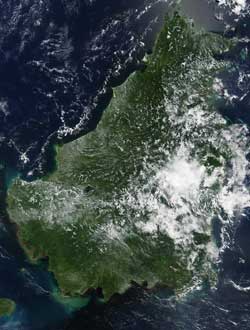 A satellite image of Borneo island by day taken in mid-2002. — Nasa photos

It was only in the Millennium Year when the Dutch Professor Dr Paul Crutzen, a Nobel Prize winner in 1995, suggested that a new geological epoch should be created to illustrate the influence of human behaviour on the Earth’s atmosphere. Crutzen is an atmospheric chemist and physicist specialising in the depletion of the ozone layer through human activity.

Are we living in the Anthropocene epoch of our planet’s history or not? This is a leading question. We know, as demographic forecasts tell us, that in only 35 years’ time our world population will exceed the nine billion mark. All of us then, as with today, will be seeking food, water, fuel, mineral resources and all the so-called niceties of  21st century living.

These human expectations cannot be realised unless the present generation of governments, politicians — of whatever party in power — developers, economists, and even you and me, get a firm grip on our world’s environmental problems in a worldwide attempt to safeguard our planet.

We all know that that the CO2 content of the atmosphere has increased from 280 parts per million volume (ppmv) before the start of the Industrial Revolution to over 400 ppmv today and will continue to rise mostly through our increasing use of fossil fuels and to a lesser extent deforestation.

The German author and biologist Christian Schwagerl has emphasised that we, as humans, act as a dominant force of change on our planet for very good reasons in our desires to embellish our lifestyles in whatever way we can personally afford. That said, he points out that enough concrete has been produced to date to cover every square metre of our planet with 1kg of this substance and enough aluminium produced to cover the whole of the USA in baking foil!

Erle Ellis, an American professor of Geography and Environmental Science at the University of Maryland has, through his research, taken the concept of the Anthropocene epoch one step further. He has determined that 66 per cent of our land surface has been modified by agriculture, urbanisation, mining, energy production and whatever purpose we have authorised.

In the oceanic world, seabeds have been badly trawled and dynamite fishing has destroyed coral reefs – veritable havens of fish. Our oceans today have become increasing energy soaks and now major absorbers of atmospheric CO2 created by us. The oceans of our world are slowly becoming more acidic thus threatening all kinds of sea life.

The relatively newly-proposed term Anthropocene epoch does suggest that we are in an ecological/environmental dilemma in our planet’s history. When did this epoch begin? Different scientists hold different views. How far must we go back in history to determine when mankind started to change our planet’s surface and its atmosphere?

Wherever we live in the world we can see how our landscapes have been fashioned by our ancestors in hedgerows and walls, created by man to clear land of stones in order to farm; in the creation of bunds on hillslopes to contain rainwater for rice planting; in clearing land to allow commercial crops or animals to prosper or, indeed, in the gradual but more recently rapid urbanisation of our planet.

Around 45 years ago, I devised a Sixth Form subsidiary course entitled EEC – Environment, Ecology, and Conservation. Today I hope that those cohorts of former students may be putting into practise, wherever now they reside in the world, the basic principles I tried to convey to them.

In 2008, a full presentation was made to the Stratigraphic Commission of the Geological Society of London in order to make the Anthropocene epoch a formal unit of geological divisions. The debate will continue there and worldwide until 2016 when it seems at another meeting the final decision on the use of this term will be reached. We may, next year, hail a new epoch.

Interestingly, for many years soil scientists have used the term ‘Anthropogenic soils’ to denote types of soil bearing traces of human activity as seen in the evidence of ploughing, contamination by fertilisers and even burials. Whatever may be decided by the outcome of learned scientists at the meeting next year, we are all aware that we live on our planet in a symbiotic state, depending on Mother Nature’s fruits and the legacy left to us by former exploiters of our planet.

All is not doom and gloom, for each of us has a part to play in preserving our natural resources, avoiding unnecessary exploitation, and moreover teaching the present generation about the lessons we may have learned from past history. Maybe the term Anthropocene, if universally adopted, will give us all a wake-up call to cease the overexploitation of the wonderful world in which we have the privilege of living.

For interesting reading try Christian Schwagerl: ‘The Anthropocene: The Human Era and How it Shapes Our Planet’ (Synergetic Press); and Chris Hadfield: ‘You Are Here. Around the World in 92 Minutes’ (Macmillan Publishers) — a fascinating and amusing account with amazing photos of earth taken during the author’s time as commander of the International Space Station. 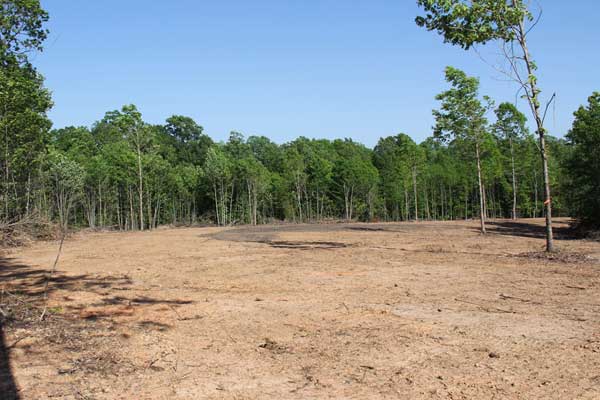 Photo shows a changed landscape due to clearing for farming.

Previous ArticleCan you feel the earth moving under your feet?
Next Article Kenyah twins take vows to become Carmelite nuns