Monday, May 23
You are at:Home»News»Sarawak»Folks’ mixed reaction to trees felled near Fort Alice 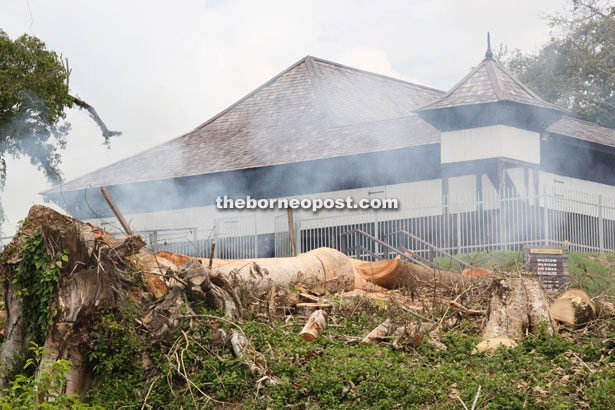 One of the trees that was chopped down in front of Fort Alice, leading to some disgruntlement.

SRI AMAN: The local council here recently felled some trees in beautification work in the vicinity of Fort Alice, but what was identified as a looming danger to pedestrians hit a sore spot.

The beautification works caused mixed reaction among the townsfolk who felt that the old trees should instead be trimmed, and not felled.

According to Sri Aman Resident’s office spokesperson, the decision to chop down some of these trees was made during a meeting.

“Work to chop down these trees was then handed to the Sri Aman District Council (MDSA),” said the spokesperson.