Saturday, August 13
You are at:Home»Sports»e-Sports Malaysia to set up Sarawak branch 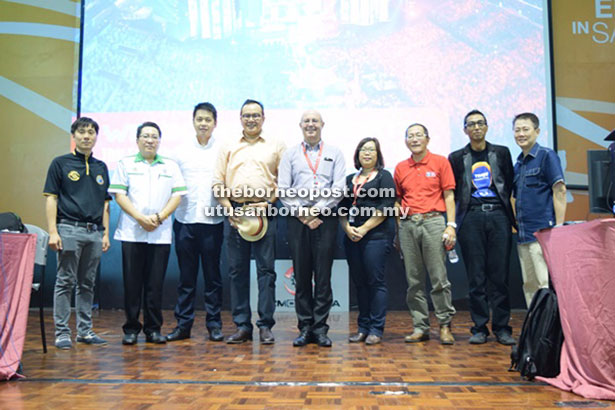 KUCHING: e-Sports Malaysia (eSM), an official body for electronic sports or e-Sports in Malaysia is set to launch its Sarawak branch by next month.

“We are going to launch eSM Sarawak by next month with Ian W Lee here as the first president”, he stated.

Latt added Sarawak is the first state eSM visited to promote e-Sports after being launched last Jan 28 under the Sports Commission of Malaysia.

He also informed that Malaysia is the one of the few countries that recognised e-Sports – electronic games that played on PC or mobile devices as national sport.

“The future of e-Sports is here today and we are lucky that Malaysia recognised it as a sport”, he said.

eSM plays a role is in spearheading the development of the e-Sports industry in Malaysia.

He said it was also registered with the International e-Sports Federation (IeSF), the international parent body for electronic sports based in South Korea.

Latt mentioned that International Olympic Committee (IOC) recognised electronic sports as a sport and IeSF was targeting to list electronic games as a sport in the Olympics.

Meanwhile president of eSM Sarawak Ian W Lee said it is commendable that the Malaysian government has taken whole this opportunity to acknowledge e-Sports as a national sport.

“I believe in Sarawak the perception of eSports has yet to be formed. Our role in eSM Sarawak is to allow conducive environment and regulate to ensure this form of sport thrives.

“WIth ICT moving forward by leaps and bounds, it is important that Sarawak stays on the ball with this as well.

“eSM is a very good platform for Sarawakians to stay on par with the rest the world”, he stated.

Lee also mentioned that eSM Sarawak will be promoting e-Sports among higher education institutions throughout the state starting with Swinburne Sarawak campus.