Wednesday, February 8
You are at:Home»News»Sarawak»Aussie returns for Ops Semut 70th anniversary
For the freshest news, join The Borneo Post's Telegram Channel and The Borneo Post on Newswav. 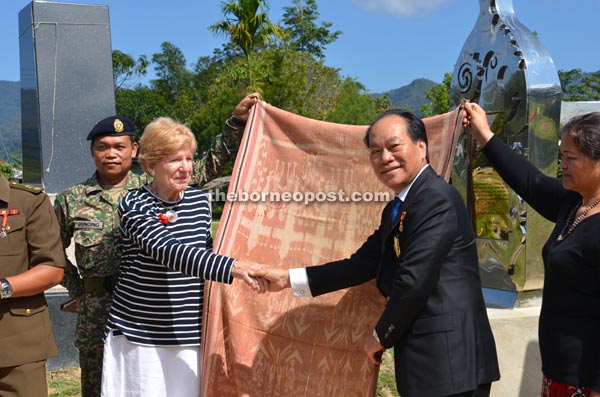 Isaac presents a memento to a relative of an Operation Semut member. 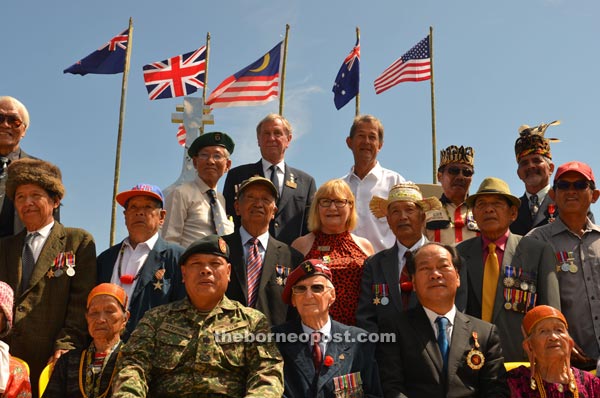 Tredrea (seated third right) is flanked by Stephen (left) and Isaac during a photo call. 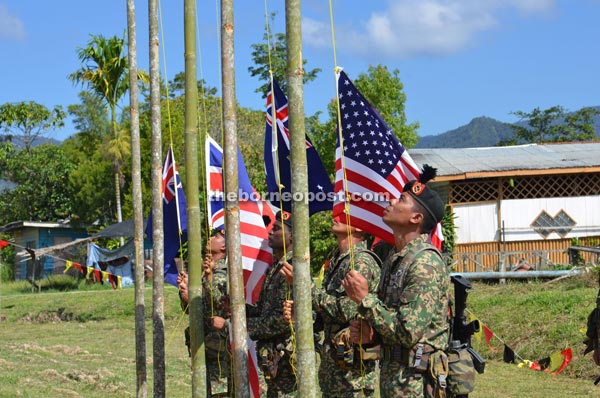 Military personnel hoist the flags of the Allied forces. 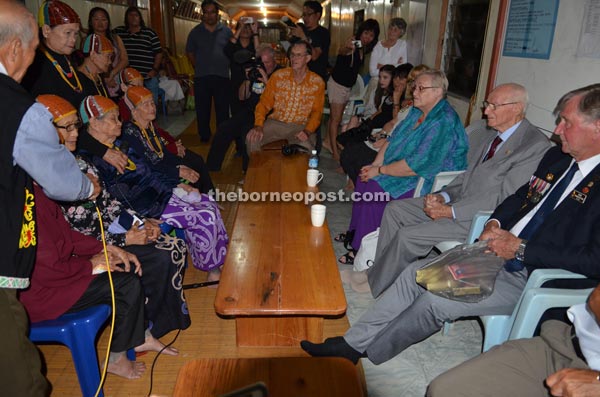 The surviving porters led by Ngalimah Karuh, 91, sing ‘Tuan Temurun’ (Tuan Coming Down from the Sky), a song composed to welcome Harrison and his team to Bario. 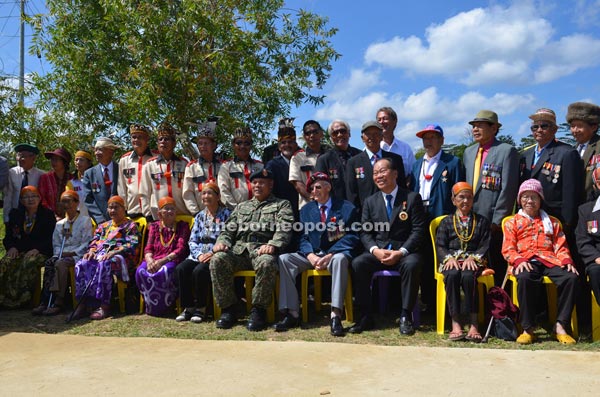 (Seated from sixth left) Stephen, Tredrea and Isaac are seen during a photo call.

MIRI: Australian Sgt Jack Tredrea was just 25 when he was airdropped by Allied forces in Bario on March 25, 1945.

He was glad to be alive after parachuting from an aircraft and landing in the trees along with other British and Australian commandos under the command of Major Tom Harrison.

Together the Bario Semut operatives led a Kelabit resistance against the Japanese towards the end of World War II.

Today Tredrea is the sole surviving operative and although aged 95, he returned to Bario on Wednesday along with his family members and David Sanderson – the son of fellow Bario Semut operative the late Sgt Fred Sanderson to commemorate the 70th anniversary of the landing of the Allied forces.

Hosting the group was Dr Roland Dom Mattu – the grandson of the late Penghulu Lawai Besara, who was the first person to welcome Harrison and his men seven decades ago.

Dr Roland said it was an emotional journey for Tredrea as he recalled his fallen comrades and those he befriended during Operation Semut.

“This is the first time as far as I can remember we’ve had military honours for the commemorative ceremony, although Tredrea has been visiting Sarawak and Bario for the ceremony for four times.

“It was so touching, it started with a prayer and addresses by Datuk Isaac, who represented our Kelabit community and the Dayaks in Borneo who fought alongside the Allied forces in liberating Sarawak from the Japanese, followed by addresses by Stephen and Tredrea – who later laid a wreath accompanied by the ‘Last Post’ and raising of the five flags of the Allied forces,” he recalled.

Later there was a ceremony re-enacting how the longhouse received Harrison and his men.

“Tredrea was very emotional during both ceremonies but was in high spirits despite disabilities – having two false limbs and hip – and was glad that now he is able to reveal publicly Operation Semut.

“Before the operation Tredrea said all had to take an oath not to reveal in 30 years any details of their operation publicly,” said Dr Roland.

Meanwhile, Stephen said the ceremony was important so that the people would not forget the sacrifices of the Allied forces and the local people in liberating the state from the Japanese occupying forces.