Thursday, January 20
You are at:Home»News»Sarawak»Finally a resting place fit for our war hero 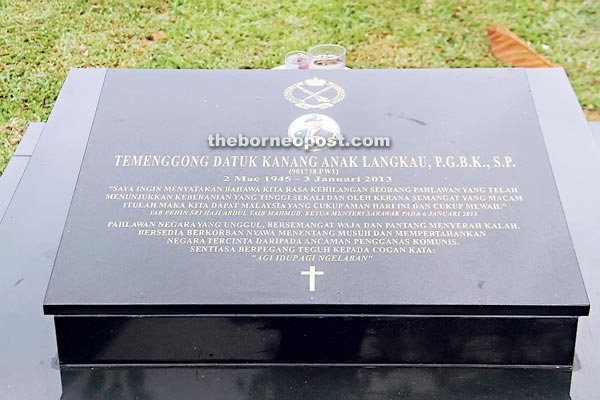 The gravestone for Kanang’s grave. 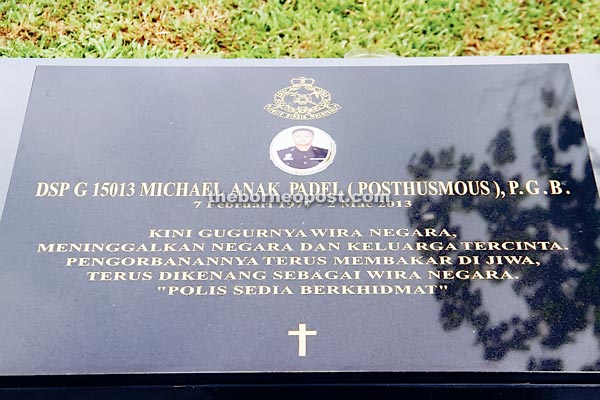 The gravestone for Michael’s grave. 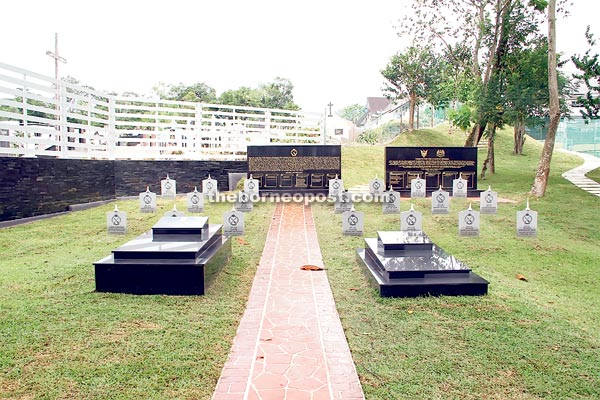 The Heroes Grave is set to become a beautiful landmark that will honour those who sacrificed their lives to defend the country. At front are Kanang and Michael’s graves. — Photos by Chimon Upon

KUCHING: The final resting place of Temenggong Datuk Kanang Langkau at the Heroes Grave, Jalan Budaya here has finally been transformed into one fitting for the nation’s most decorated war hero.

The Borneo Post found yesterday that the RM200,000 beautification project at the memorial site, which began last month, appears to have been completed.

Kanang’s grave and that of police officer DSP Michael Padel, who was laid to rest beside him, have been fully upgraded.

Written on Kanang’s gravestone is a quote from Head of State Tun Pehin Sri Abdul Taib Mahmud, when he was chief minister, which reads: “I wish to state that we have felt the loss of a warrior who has demonstrated the utmost gallantry and it is because of such a spirit that we have achieved a peaceful and very prosperous Malaysia.”

Kanang, recipient of both the country’s highest gallantry medal Sri Pahlawan Gagah Perkasa (SP) and Pingat Gagah Berani (PGB), was buried at the memorial along with Michael and 21 Iban Trackers and Sarawak Rangers who fought against the communist in the peninsula during the Malayan Insurgency.

The upgrading project included the erection of a cenotaph for the state to honour and inscribe the names of fallen heroes, building of paths, as well as upgrading of the fencing and drainage systems to transform the Heroes Grave into a beautiful landmark.

During a site inspection last month, Deputy Chief Minister Datuk Patinggi Tan Sri Alfred Jabu Numpang had said that because of the contributions of the armed forces from Commonwealth countries such as Britain, Australia and New Zealand, who fought and lost their lives defending the state, space will also be given for their names to be inscribed.

The Heroes Grave was first set up in 1981 as a memorial park for the 13 gallant men executed by the Japanese for being loyal to the cause of freedom by rendering assistance to Allied prisoners of war (POW).

A special ceremony is expected to be held to unveil the new-look Heroes Grave.