Saturday, October 8
You are at:Home»News»Sarawak»Adenan: Sarawak set to be active participant of O&G industry 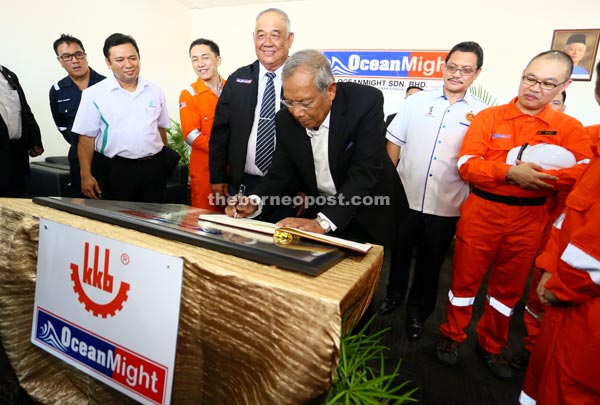 Adenan signing the guestbook and plaque while Kho (on his right), Dr Hazland (on his left), William (right) look on. — Photos by Muhd Rais Sanusi 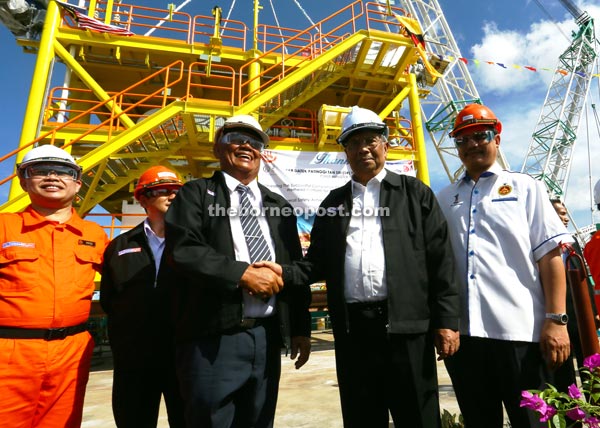 Adenan (second right) shaking hands with Kho after officiating at the fabrication yard while Dr Hazland (right), William (left) and others look on. 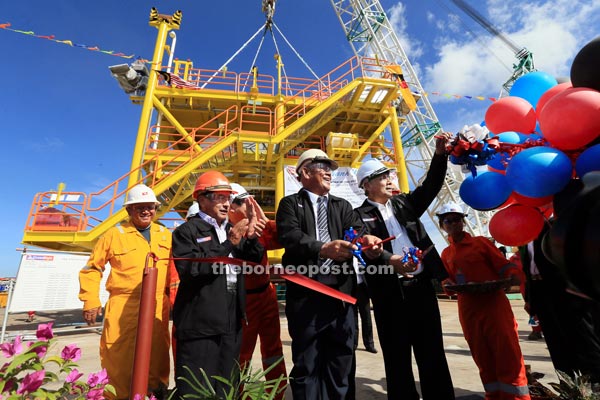 Adenan (right) releasing balloons to officiate at the fabrication yard, accompanied by Kho and others. — Photo by Lucas Kong

KUCHING: Sarawak will not just be a mere spectator in the oil and gas industry but will be an active participant, said Chief Minister Datuk Patinggi Tan Sri Adenan Satem.

He said a good example of a Sarawak-based company actively participating in the industry is OceanMight Sdn Bhd, an associate company of KKB Engineering Berhad.

“KKB Engineering, through its associate company, is one good example of a Sarawak-based company that is participating in the oil and gas industry, employing over 800 people who are mostly from Sarawak.

“There are opportunities in the oil and gas industry for local companies, and I expect to see more participating,” he told a press conference after officiating OceanMight’s admin office and its oil and gas fabrication yard at Muara Tebas here yesterday.

OceanMight is the oil and gas unit of KKB Engineering and is a Petronas licensed fabrication yard for offshore facilities construction. It is one of just two Sarawakian companies to undertake works for the national oil company and its partners.

It achieved a significant milestone with the successful completion of the final phase of its inaugural project, namely the Tanjong Baram Wellhead Platform.

Adenan also witnessed the project’s pre-loadout ceremony in conjunction with its successful completion.

The project was the result of great teamwork involving stakeholders and clients, including Petronas, Enquest Petroleum Development, Uzma Energy and 2H Offshore Engineering.

The successful delivery of this maiden project is a strategic achievement by KKB Engineering as it marked its bold entry into the dynamic and challenging oil and gas industry.

The modern fabrication yard, equipped with state-of-the-art indoor fabrication facilities, covers an area of approximately 70 acres and is ideally located along the Sarawak River with close proximity to the South China Sea, providing a strategic and logistical cost advantage over regional fabricators for loadout of completed structures to the final destinations.