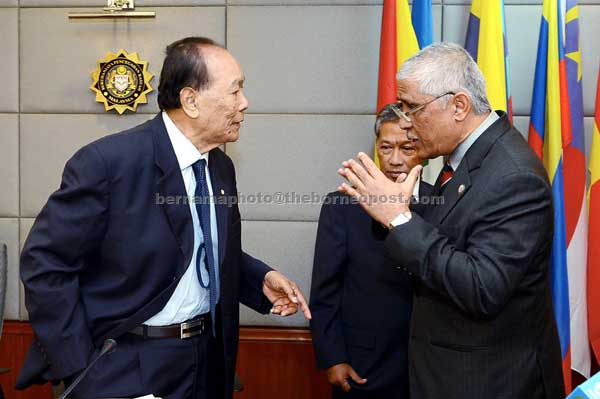 PUTRAJAYA: Anti-Corruption Advisory Board (ACAB), an independent body to monitor the operations of Malaysian Anti-Corruption Commission (MACC), has proposed for several amendments be made to the MACC Act 2009 to enable the commission to be more independent and effective.

Its chairman Tunku Aziz Tunku Ibrahim said amendment to Section 23 of the MACC Act must be expedited to curb manipulation in the weaknesses of existing provision by members of the administration and civil servants, particularly involving the award of contracts, tenders, land and government projects.

He also said amendment should also be made to Section 36 of the act, which became a constraint to the commission to further investigate the financial and property ownership of an individual suspected of corruption who has excessive wealth.

Speaking to reporters after chairing the board’s first meeting at MACC headquarters here yesterday, Tunku Aziz said he hoped all elected representatives would put aside their political differences to support the move.

“When you bring efforts to amend law against corruption, it should be bipartisan because corruption all thing should never be politicised and it’s not a political game, it is about something that affected a nation as a whole,” he said, adding that the amendment proposals had been on the table over the years.

Tunku Aziz said the meeting was told by MACC chief commissioner Tan Sri Abu Kassim Mohamed that they had also brought the proposal to the opposition so the amendments could be tabled in the Parliament.

He said the board also agreed that the MACC had made a lot of progress ‘much more than expected’ and urged the people not to judge the commission on the basis of the number of prosecution made.

“If you think that MACC do not act professionally as told by people outside, to us that is not true, they are totally independent and operate completely in terms of their constitution,” he said.

Tunku Aziz said the board was determined to maintain the efficiency and integrity of MACC since it was a very important institution.

Previous ArticleNational broadband penetration rate at 83.7 per cent in December
Next Article I don’t feel lonely at all, says Najib