Wednesday, October 20
You are at:Home»News»Sarawak»Installation of CCTVs has resulted in lower crime rate 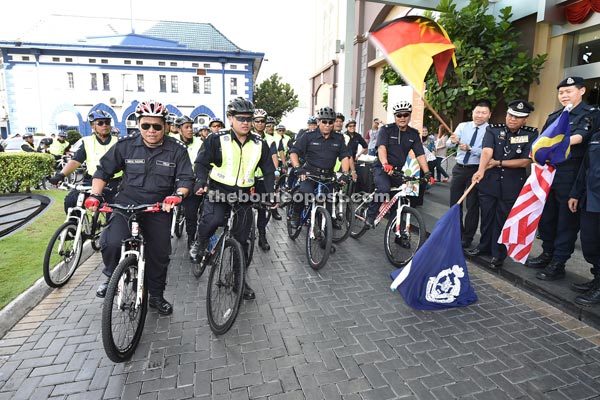 KUCHING: The installation of street cameras at 24 locations within the jurisdiction of Kuching North City Commission (DBKU) has contributed to the drop in the city’s crime rate.

State Crime Prevention and Community Policing chief SAC Burhanuddin Abdul Majid said the implementation of the closed-circuit televisions (CCTVs) under the Safe City programme had resulted in a 19.97 drop in the crime index.

“From January to today (yesterday), a total of 577 cases were reported to the police, 144 fewer cases compared to the same period last year.
“Coupled with a higher level of awareness among the public, we hope that the presence of these CCTVs will lead to a further decline in crime for the rest of the year and in the years to come,” he said.

Speaking to reporters at the central police station here yesterday, Burhanuddin disclosed that only street cameras within DBKU’s jurisdiction were currently operational, while those installed within the jurisdiction of Kuching South City Council would be operational soon.

The cameras, he added, were monitored 24-hours via ‘live feed’ at two control rooms – the operations room at district police headquarters and DBKU headquarters – and can rotate to provide a 360-degree view of its surroundings.

“There are also speakers installed beneath the cameras which allow those at the control room to communicate directly with the public if the situation warrants it.”

Roslan, meanwhile, revealed that there had been no report of any crime taking place along the entire stretch of the Kuching Waterfront ever since the launch of the Bicycle Patrol Unit last year.

“The unit has proven effective in preventing crime taking place at the Waterfront. There have been zero cases in the whole of last year up till today (yesterday).

Previous ArticleSarawak and Sabah govts mull taking over MASwings
Next Article PM: Malaysia on track to attain 2020 goals but must diversify