Friday, October 7
You are at:Home»News»Sarawak»Man injured when mattress in pickup truck catches fire 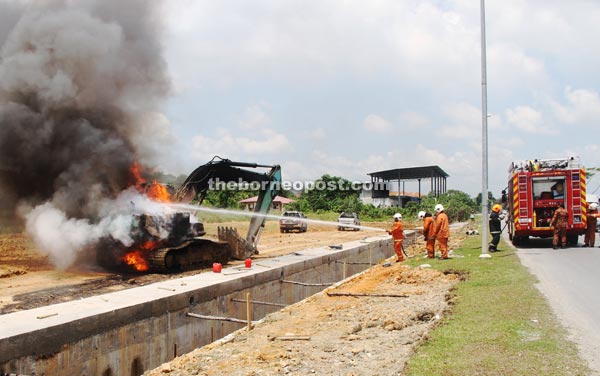 Firemen attempting to put out the fire which engulfed the excavator. 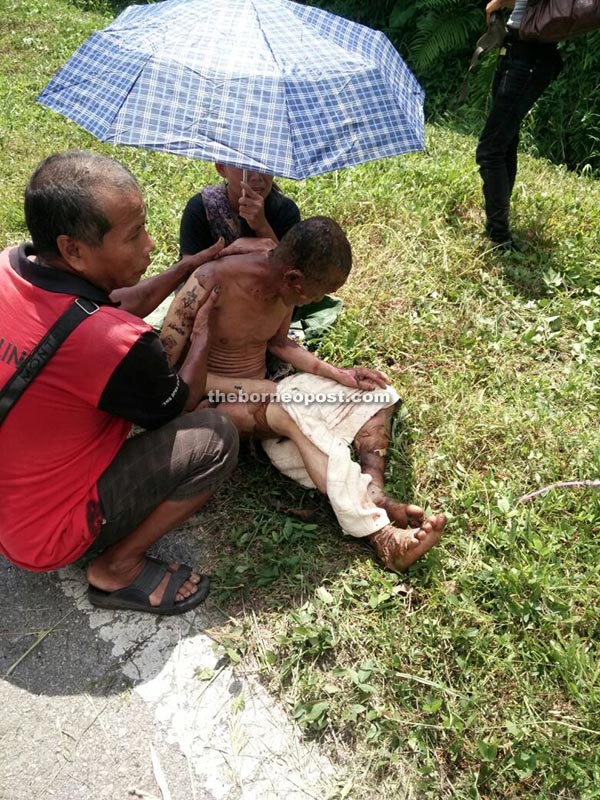 Members of the public shielding Empera from the midday sun while awaiting the arrival of an ambulance.

KUCHING: An Indonesian man suffered 70 per cent burns to his limbs and torso after a mattress he was sitting on at the bed of a double-cabin pickup truck caught fire in Serian yesterday.

The 60-something victim, identified only as Empera, was travelling with three countrymen and two locals from Serian town to Balai Ringin when the incident occurred around 1pm along KM7 Jalan Serian-Sri Aman.

He was said to be alone in the bed of the pickup truck which contained some mattresses, sacks of fertiliser and containers of weedicide when one of the mattresses suddenly burst into flames and engulfed his entire body.

Those inside the pickup immediately brought the vehicle to a halt and, together with other passing motorists, put out the flames before attending to the injured victim.

Firemen arrived at the scene after being notified of the incident and inspected the pickup to make sure the situation was safe while an ambulance rushed the victim to Serian hospital for treatment.

Empera, who suffered 70 per cent burns, was transferred to the Burn Unit at Sarawak General Hospital here later yesterday afternoon.

Investigators from the Fire and Rescue Department (Bomba) are probing the cause of the incident, and have not ruled out the possibility that a discarded cigarette butt could have set the mattress on fire.

In an unrelated case, an excavator was destroyed after it caught fire while operating at a construction site in Batu Kawah, here yesterday.

The incident happened around 12.30pm alongside Jalan Stapok when the excavator operator noticed smoke billowing from underneath the machinery.

According to him, he quickly hopped out and watched as flames engulfed the excavator seconds later, and even unsuccessfully tried to put out the fire himself before calling Bomba for help.

The cause of the fire is being investigated.