Wednesday, October 27
You are at:Home»News»Sarawak»Miri MP assaulted outside clinic 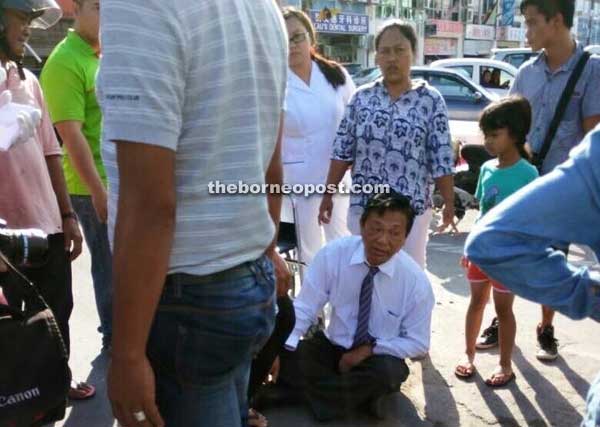 MIRI: Miri MP and PKR chief Dr Michael Teo was assaulted by an unknown assailant outside his clinic at about 8.15am this morning.

The suspect assaulted Dr Teo from behind with a baseball bat before fleeing the scene in a car without a number plate.

Eye witnesses saw an old Proton Saga parked nearby before the attack happened.

Dr Teo is being treated as an outpatient at Miri Hospital, with a suspected broken collar bone. His family and personal assistant Bill Kayong is with him.

Miri police chief ACP Gan Tian Kee said during the incident the victim was walking to his clinic when the suspect, who was wearing a black full face helmet, attacked him.

“The victim was beaten with a baseball bat twice on both shoulders and he tried to fight off the suspect, who then fled in an Proton Saga aeroback vehicle,” he told Bernama here today.

He said based on the victim’s description, the male assailant was about 163 cm and fat while investigation revealed that plate number used was fake as it was registered for a Perodua Viva vehicle.

“The victim is treated as an outpatient in the Miri hospital,” he said, adding that the motive of the incident was being investigated.