Wednesday, July 6
You are at:Home»News»Sarawak»Bright future for seamen – Abg Johari 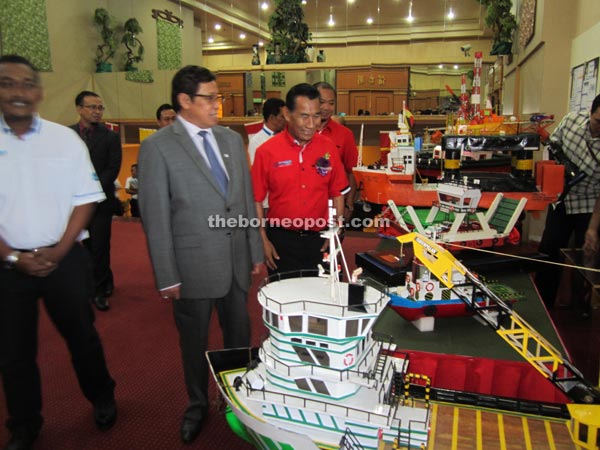 Abang Johari (second left) browses through the ship models made by the trainee seamen. 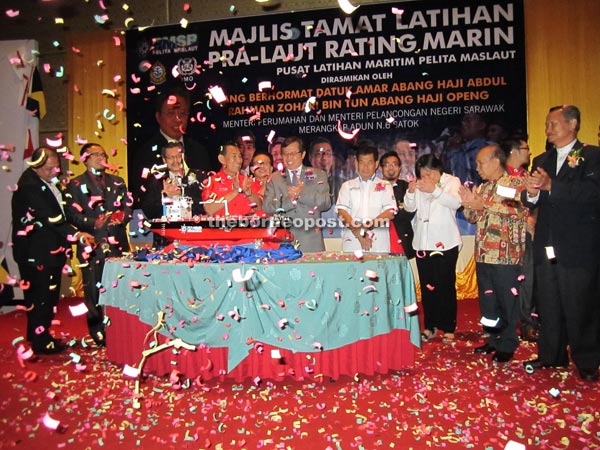 Abang Johari (centre) symbolically officiates at the completion of the Seaman Rating Course.

MIRI: Disciplined and skilled seamen are much needed for the cargo, oil and gas and fishing industries.

They are not only in high demand in Malaysia but are also sought by companies in other parts of the world, Minister of Housing Datuk Amar Abang Johari Tun Openg said.

“It is not easy to become seamen, however, if trained with full discipline by companies like Pelita Maslaut Training Academy they will become qualified seamen for the shipping industry,” he said when officiating at the ‘Majlis Tamat Latihan Pra-Laut Rating Marin (Seaman Rating Course)’ held by Pelita Maslaut at Mega Hotel here yesterday.

Being chairman of Asean, Abang Johari said Malaysia was now focussing on the shipping industry to drive the economic development of the 10 member countries of Asean.

He said it was a good sign that the cargo, oil and gas, and the fishing industries were drastically expanding due to the needs of the Asean countries and globally.

With the cargo, oil and gas and fishing industries expanding very fast, he believed more qualified seamen would be needed.

He pointed out that trained and skilled seamen have a bright future as they could become captains, engineers and officers of ships.

“I am confident that Sarawak can also produce more seamen to meet the needs of the shipping industry in Malaysia,” he said further.

He disclosed that currently Malaysia lacked qualified seamen, thus more young people were needed to be trained and fill the gap.