Wednesday, October 27
You are at:Home»World»Baby swept away by Mexico tornado found dead 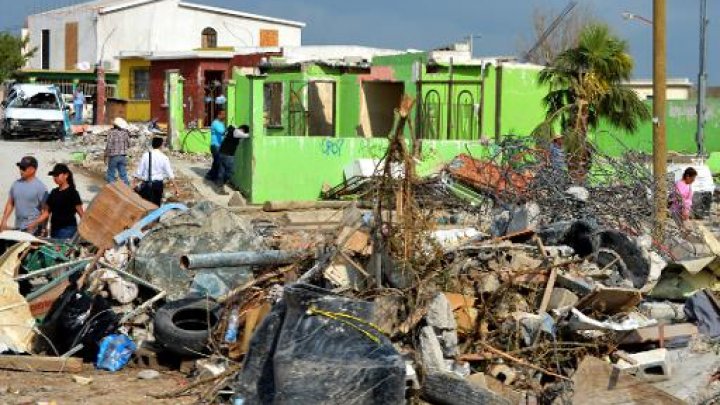 Local residents inspect the damage sustained by their homes after a tornado passed through the city, May 26, 2015, in Ciudad Acuna, Mexico -© AFP

MEXICO CITY: The body of a baby blown away by a tornado was found Tuesday in northern Mexico, raising the death toll from the twister to 14.

The powerful winds that tore across Ciudad Acuna on Monday ripped the infant from the arms of his parents, triggering a frantic search for the child.

A federal official who requested anonymity confirmed the baby’s death but did not provide more details about where the child was found.

The child was with his parents when the family was “catapulted by the tornado,” Mayor Evaristo Lenin Perez said late Monday.

The toll now includes 10 adults and four children, with nearly 290 people injured. Some of the fatalities were people driving to take factory employees to work, officials said.

The federal government said the six-second tornado destroyed 247 homes and damaged another 450. -AFP