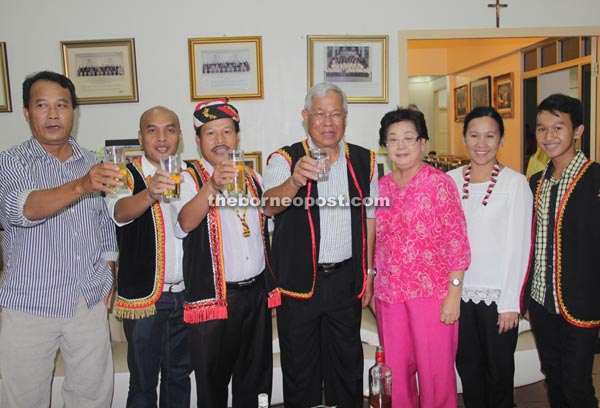 Manyin and Ik Pahon (sixth right) leading the guests to a Gawai toast. 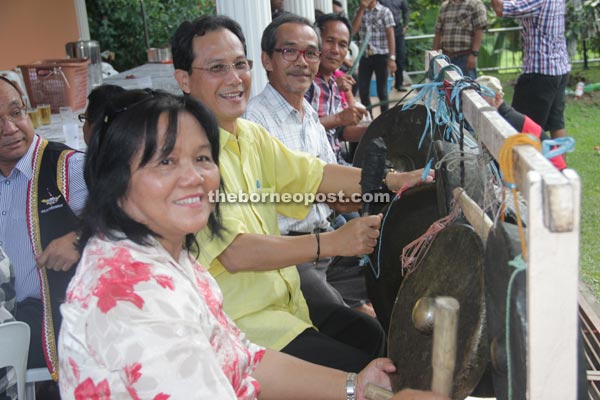 Guests from Kampung Mantung Merau playing the gongs to entertain other visitors. 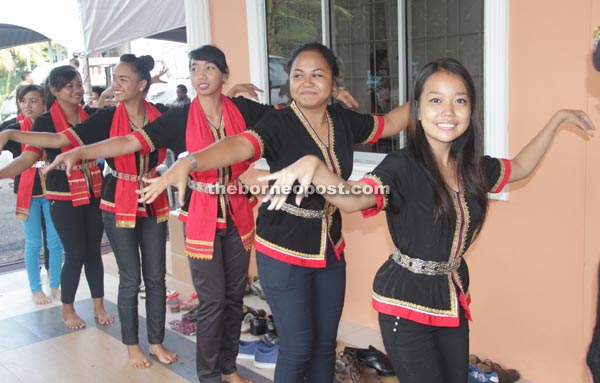 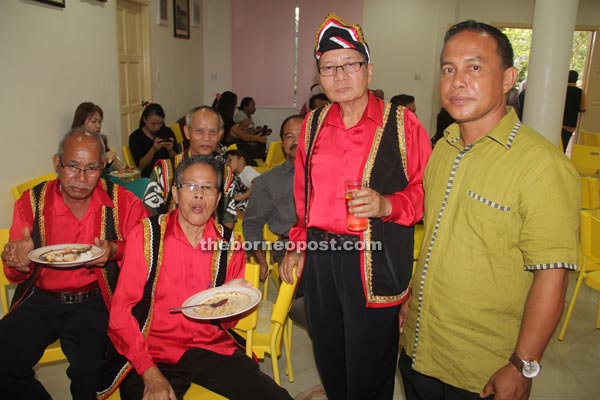 Some of the guests catching up with one another at the gathering. 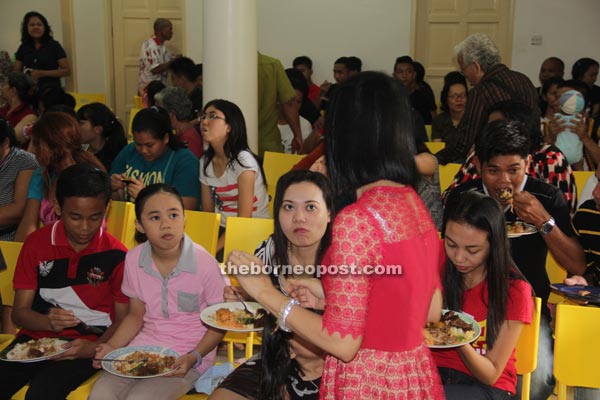 By noon, Manyin’s house was packed with guests from all walks of life, and they were treated to an array of dishes ranging from authentic Dayak traditional dishes to those from other communities.

The open house gave Manyin to touch base with the people in his capacity as Minister of Infrastructure Development and Communication, Tebedu assemblyman, and Dayak Bidayuh National Association (DBNA) chief advisor.

The merriment continued until evening as guests kept coming. Some of them took the chance to play the gong to entertain others with Bidayuh traditional
music.

There was also a special performance by a cultural troupe from Kampung Taee, who came with a delegation from the village.