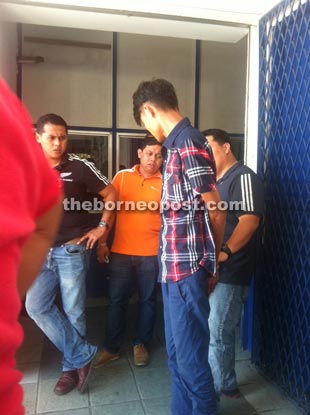 Police escorting the suspect (third left) to the CPS for questioning.

MIRI: Police arrested a man in his 20s yesterday for suspected robbery of two 24-hour convenience stores in the city recently.

The arrest was made less than 24 hours after the second store was robbed at Jalan North Yu Seng.

The suspect was picked up by police at Pelita commercial centre here.

He added that his men were still investigating the suspect’s connection with the first 24-hour convenience store robbery reported to have occurred last Thursday night at Jalan Bintang.