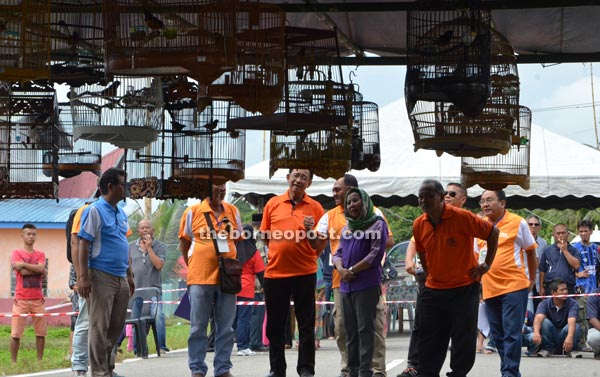 Another white-rumped shama owned by Hairie Akmal, which also took part in the competition, was second while Gregory Lim’s Murai Hitam bird took the third place.

Hairie Akmal’s bird also took the title of ‘Best of the Best Birds’.

In the Murai Kampung category, the bird owned by Awang Abdul Hakim Awang Mahmud was declared as champion.

A total of 143 Murai birds took part in the competition featuring voices, styles, the longest chipping durations and their cages.

The white-rumped shama (Copsychus malabaricus) Murai Batu is a small passerine bird of the Muscicapidae family.

Native to densely vegetated habitats in the Indian subcontinent and Southeast Asia, its popularity as a cage-bird and songster has led to it being introduced elsewhere.

Abdul Karim, who spoke during the function, said the ministry would assist bird lovers here to organise more activities and programmes.