Tuesday, September 28
You are at:Home»News»Sarawak»AirAsia to sell T-shirts to raise fund for cancer patients 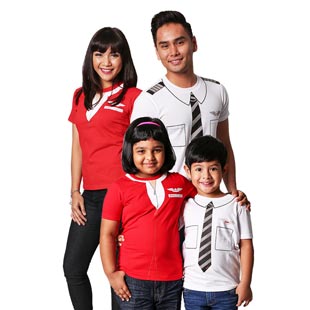 KUCHING: Kuching folk can grab #AirAsiaMAKNA special edition T-shirts at AirAsia Travel Fair in Kuching today and tomorrow from 10am to 10pm at CityOne MegaMall.

This corporate social responsibility programme launched by AirAsia aims to raise fund for the National Cancer Council of Malaysia (MAKNA) with their special edition T-shirts that feature the iconic AirAsia captain and cabin crew uniform and carry the MAKNA logo and tagline ‘A Meaning to Life’. The T-shirts sell for RM30 each.

Proceeds from the sale will go directly to MAKNA.

AirAsia is also running a photo contest for those who buy the T-shirts and stand a chance to win flights to selected AirAsia or AirAsia X destinations.

They just have to upload a creative photo of themselves wearing the T-shirts on Twitter or Instagram and hashtag #AirAsiaMAKNA.

Winners will be notified by AirAsia at the end of the campaign period.