Wednesday, October 27
You are at:Home»News»Sarawak»Group to hold independence walk in Padang Merdeka on July 19 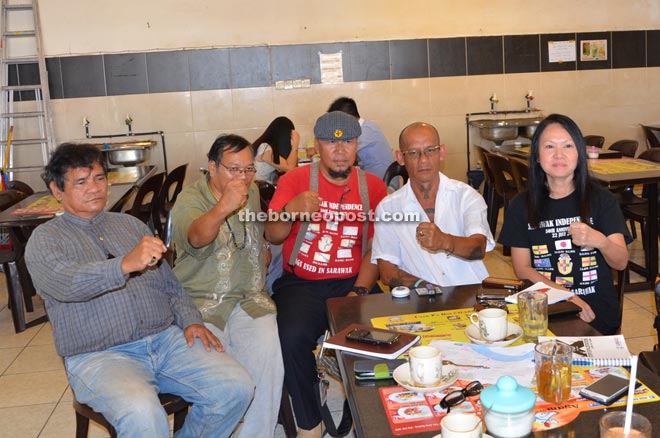 KUCHING: The Sarawak Freedom and Independence Walk, which amongst others demand that the government recognise July 22 as Sarawak Independence Day from the British, will start at Padang Merdeka (formerly known as Central Padang) on July 19.

Organising chairman Peter John Jaban said it is organised by Group 722 to call on the government to gazette July 22 as the official date of Sarawak’s independence and declare it as a public holiday for the state.

“We want to ensure that our history is correct and that every Sarawakian know the right fact of the date about our independence from the British,” he told reporters at a press conference held at a cafe here yesterday.

“The route will be Padang Merdeka-Jalan McDougall-Lebuh Wayang-Jalan Main Bazaar and Jalan Tun Abang Haji Openg and back to Padang Merdeka. We expect a good crowd,” he added.

John said since that they started Sarawak Freedom and Independence Walk in 2013, support for the movement had been contagious and this year they expected to see more participants.

“If the government still does not want to recognise the date, we will continue to do the public walk until they gazette it for the people of Sarawak,” he stressed.

“I want the public to understand history and the right dates of our historical past and I want people to know from now that Aug 31, 1957 is Malaya’s independence from the British and not Malaysia Independence Day,” he added.

He further explained that Malaysia was formed on Sept 16, 1963 by Malaya, Sabah, Sarawak and Singapore and therefore it is not right to say that Malaysia Day is Aug 31.

“Later Singapore left Malaysia and formed its own autonomy. For public knowledge, Sarawak had its independence from the British on July 22, 1963 and Sabah on Aug 31, 1963,” he explained.

John cautioned supporters on the day of the freedom walk not to bring children, dangerous weapons, drugs, anything that can cause intoxication and placards that implicate the King and Islam.

He also said they should not shout or utter racial sentiments or political ideology and not wear political party T-shirts.

“The walk will be preceded by a rally themed ‘We Must Know’ which will start at 2pm,” he said.

On the Sarawak for Sarawakians (S4S) public rally to be held on Jul 22, John who is also the organising chairman said the event would be on and he expected a crowd of 5,000 comprising not only supporters from Kuching but those from Miri, Bintulu and Sibu.