Tuesday, January 25
You are at:Home»Sports»Football»Grbesic takes over as Crocs trail midway 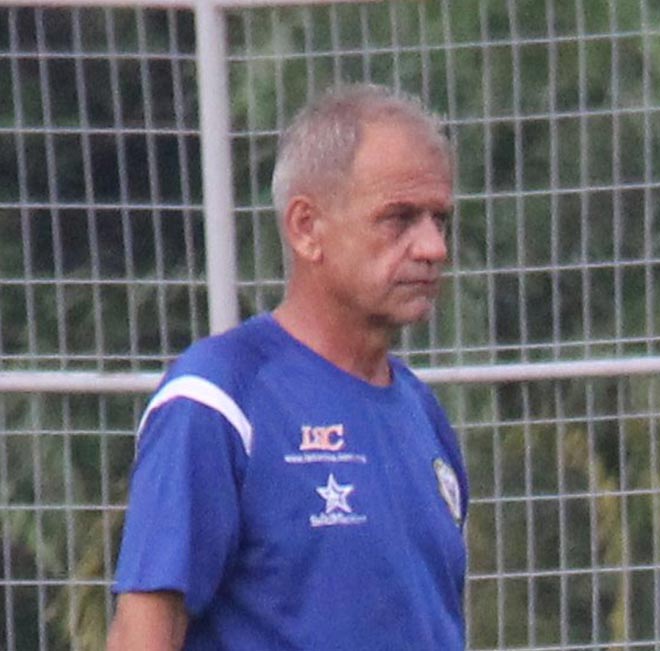 Football Association of Sarawak (FAS) said in a press statement Thursday that Grbesic will lead the state team for the remaining seven matches of the Super League this season.

Sarawak’s remaining home matches are against JDT on Aug 1, Selangor on Aug 5, Police on Aug 8, and Lions XII on Aug 19. They will be playing away to Sime Darby on Aug 12, Armed Forces on Aug 15 and Kelantan on Aug 22.

“FAS would like to announce that the services of Robert Alberts has been terminated upon the agreement of both parties.

“The association would like to thank Alberts for his valuable contribution to Sarawak since April 2011 and steering Sarawak to the Premier League crown without losing a match in 2013,” said FAS.

The FA said it will ensure that Sarawak remains in the Super League next season.

Alberts, who is from the Netherlands, handed in his resignation barely 24 hours after the state squad lost 1-3 to Pahang in a Super League match at Darulmakmur Stadium on Wednesday evening.

Following the fourth consecutive defeat, Sarawak plunged to 10th position and only collected 13 points from 15 matches this season.

They lie perilously in the relegation zone, with only three points ahead of 11th placed Armed Forces (10 points) and table-proppers Sime Darby (four points).

Thus far, they have only won three matches, drawn four and lost eight.

Alberts coached Sarawak in the 2008-2009 season before returning to replace Mohd Zaki Sheikh Ahmad as chief coach in 2011.

Under his guidance, Sarawak emerged the Premier League champions in 2013 without losing any match. It was Sarawak’s only silverware in 16 years.

Albert is also the sixth coach in the Super League this year to have resigned or asked to leave.