Friday, January 21
You are at:Home»News»Sarawak»Exit door suddenly opens while Twin Otter still in the air 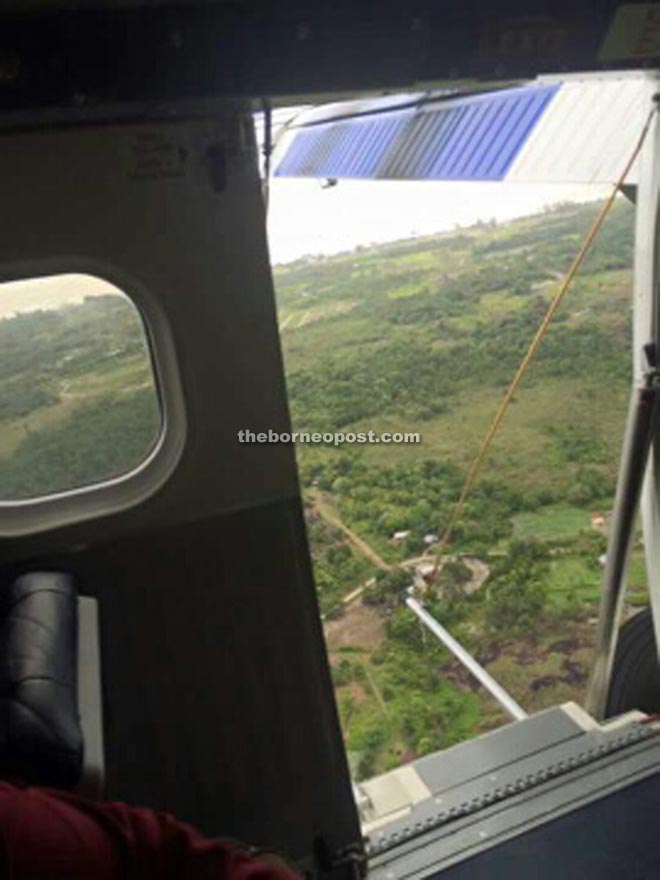 The exit door of the Twin Otter aircraft flung open as it got ready to land at Miri Airport last Friday.

MIRI: A video of a hair-raising experience, namely the exit door of a Twin Otter aircraft flung open before it could land at Miri Airport, is going viral on the Internet.

The video was purportedly of the afternoon flight from Lawas to Miri after strong winds passed through the airport last Friday, leaving a trail of destruction that included ripping off roofs and uprooting trees.

The video showed the exit door eerily ajar but the passengers inside the Twin Otter (probably unaware of the danger they were in) looked surprisingly calm while still airborne.

An engineer who declined to be named praised the pilots for handling the aircraft calmly, and landing it safely at Miri Airport despite the premature opening of the plane’s door.

Rural air service operator MASwings did not come up with any statement on the incident.