Sunday, November 28
You are at:Home»Columns»Letters to the Editor»Sarawak Goal of Self-Government 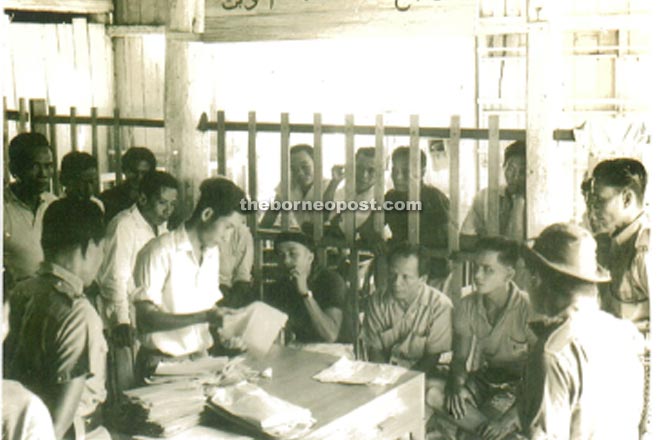 Dear Editor, Sarawak is proud as the State with the oldest Legislature (Council Negeri) established on 8th September 1867 and with the earliest written Constitution of about one century.

This written Constitution was enacted in November 1941 as Sarawak constitution Order 1941. It carried the aspiration of the Sarawak peace loving people and incorporated in a preamble of the 1941 Constitution as the Nine Cardinal principles. Among other provisions, this principles spelt out the followings:-

“That the goal of self-government shall always be kept in mind, that the peoples of Sarawak shall be entrusted in due course with the governance of themselves, and that continued efforts shall be made to hasten the reaching of this goal by educating them in the obligation, responsibilities and the privileges of citizenship”

This constitutional objective was carried forward under the revised Sarawak Constitution Order 1956 under its Appendix when Sarawak came under the colonial Administration. During deliberation of the concept of formation of Malaysia, the Cobbold commission took cognizance of Sarawak’s petition in 1959 to Her Majesty the Queen who gave assurance that it was implicit in the Cardinal principles that Her Majesty’s Government would not surrender final responsibility for the development of Sarawak until they were satisfied that the people as a whole were able to play their full part in the government of the country and on pursing this goal would not lost the best interest and the desires of the indigenous communities. Following this, the Cobbold commission considered that the necessary steps towards the appointment of a Chief Minister and in the introduction of a State Ministerial System, should be taken at as early a date as practicable in both territories.”

The Cobbold Commission Report was published as CMND 1794 on 1st August 1962, and the Report was considered in details in series of meeting in London by the Government of United Kingdom and Federation of Malaya.

In 1962, while the Inter-Governmental Committee (IGC) conducted its finding, preparation for the Sarawak General Election by way of the three tiers election college was made. It started with the voters registration in all the Council areas throughout Sarawak to update the registration of voters.

I was fortunate to be appointed as Assistant Registering Officer in Kanowit and helped in the exercise covering longhouses in the Mapai areas Opposite Kanowit town. While the General Election was held starting in April 1963, I was posted as Officer-in-Charge of Belaga. It was for the first time that the election was contested on political party lineup in that all pro-Malaysia parties joined in as Sarawak Alliance backed up by the Alliance from Kuala Lumpur.

As a result, the Sarawak Alliance coalition took the lead and formed the government. In this the late Tan Sri Ong Kee Hui in his book recorded “On the negative side, our opportunity to form the government with Party Negara Sarawak (PANAS) was denied when an Independent member of Binatang District Council was held incommunicado for a few days by one of the alliance parties.”

“Yet on the positive side, through the temporary PANAS/SUPP Alliance, we had assured that the supporters of both our parties had a voice in the Council Negri” “Self-government had been achieved though not in the manner that we have desired” said Tan Sri Ong Kee Hui.

The brief constitutional and political development underline the historical moment of July 22, 1963 for Sarawak whereby the Sarawak first Cabinet of Ministers under the then Chief Minister Tan Sri Dato Stephen Kalong Ningkan led Sarawak toward the final goal of self-government.

It was for the first time the then Supreme Council (Cabinet) was presided by the Chief Minister instead of the Colonial Governor. Sarawak was then a sovereign state with its state autonomy in parliamentary democracy towards the formation of Malaysia on 16th September 1963 and after the Malaysia Agreement was signed on 7th July 1963.

22nd July is Sarawak’s constitutional milestone that crystallized its many safeguards in immigration, freedom of religion, education etc and also the legislative powers and executive authority of the State as enshrined in the consolidate IGC Report 1962.

It is nice to share some thoughts and look into our historical past to create the present and save the future.
Yours sincerely,
Lim Kian Hock
Chairman, STF Heritage Development Committee Sarawak Tourism Federation.