Tuesday, September 28
You are at:Home»News»Sabah»Heart patient dies after ambulance accident 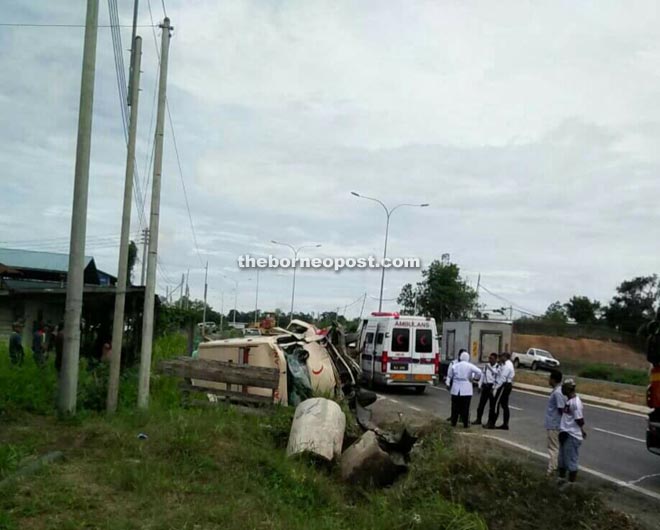 The ambulance skidded and overturned after hitting the Viva.

SANDAKAN: A 65-year-old heart patient died after the ambulance which was sending him from the Duchess of Kent Hospital to Queen Elizabeth Hospital in Kota Kinabalu for treatment was involved in an accident with a Perodua Viva car at Mile 10 off Labuk Road here yesterday.

A doctor and a nurse who were accompanying Awang Ali bin Amat were injured in the 10.45am accident.

Awang Ali’s wife and the drivers of the ambulance and Viva escaped serious injuries.

District police chief ACP Zabidi Mohd Zain said initial investigation revealed the ambulance with emergency lights and sirens switched on, had changed from the right lane to left when the Perodua Viva in front made a similar switch.

The ambulance then hit the Viva before it lost control, skidded and overturned.

Awang Ali died at the hospital here from a head injury four hours after the accident. The doctor sustained a broken right leg and body injuries.

The case is being investigated under Section 41 (1) of the Road Transport Act 1987.