Friday, July 1
You are at:Home»News»Sarawak»Govt committed to surveying all NCR land — Awang Tengah 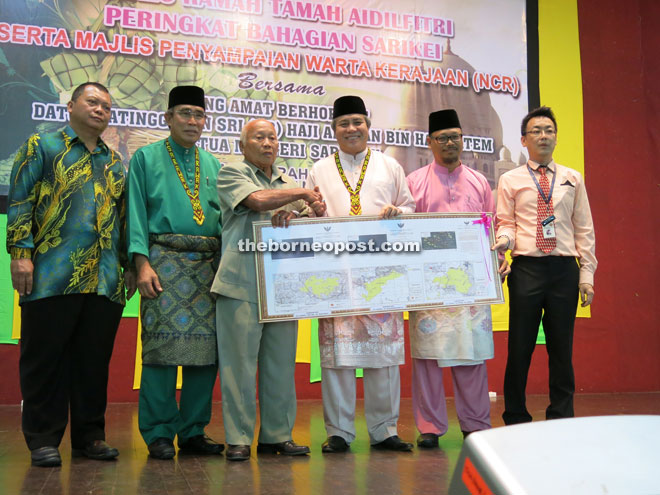 SARIKEI: The government is committed to surveying all native customary rights (NCR) land so that the landowners can be issued land titles.

Second Minister of Resource Planning and Environment Datuk Amar Awang Tengah Awang Ali Hassan denied allegations made by certain quarters that the ongoing perimeter survey of NCR land was carried out with an ulterior motive.

“Our objective is to give the land owners full rights over their land so that they can develop it for agricultural purpose without fear of being encroached into or claimed by other people.

“Once their NCR land is surveyed, the owners can proceed with its development plan either on their own or on joint-venture with big companies,” he said.

“The government has so far spent about RM81 million to carry out the (perimeter survey) exercise and will need more as more areas will be surveyed,” he said after presenting documents for four areas of surveyed NCR land in Sarikei and Pakan districts which had been gazetted under Section 6 of the State Land Code.

The presentation ceremony was held in conjunction with the divisional-level Ramah Tamah Aidilfitri gathering at the civic centre here yesterday.

He also disclosed that so far, 11 surveyed NCR areas comprising 38,378.91ha in Sarikei had been handed over to the community.