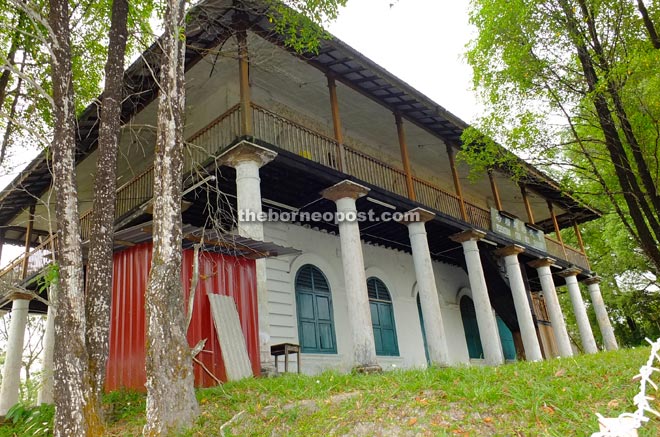 KUCHING: The Malaysian Association of Architects Sarawak Chapter (PAMSC) and Sarawak Heritage Society (SHS) will be holding a site visit to the original school building that housed the Hokkien School here.

All participants will be treated to a sharing session on the history of the site and the Hokkien Association itself by local historian Chan Boon Ho and also of the architectural significance of the building by PAMSC president Mike Boon.

“This is made possible by the cooperation of the Hokkien Association, set up in 1871 under Ong Ewe Hai, who are the owners and guardians of this significant heritage property and is familiar to many residents of Kuching and in particular, alumni of Chung Hua Primary School 1.

“The visit is part of SHS’s drive to raise awareness on the rich tapestry of Sarawak’s tangible heritage and part of PAMSC’s process of continuing professional development for its members,” said Boon when met yesterday.

The building itself is both culturally and architecturally significant. Culturally, it represents a milestone in the educational and social development of the Chinese in Sarawak, in particular the Hokkiens.

The Hokkien School, as it was called originally, was the first brick and purpose-built school building dedicated to Chinese education in early Kuching.

Early settlers, faced with the struggle for survival, had been unable to prioritise education for their children. The Brookes had subsidised Chinese schools through the missions, first in Serembu (1870) and also Catholic Chinese schools in Bau (1892) and in Lundu (1904).

But in 1911, the clan took matters into its own control, setting up the school, along with the first of five tuition centres in a shophouse next to St Mary’s School, Boon explained.

The date of its founding has special meaning. It is the year in which the last Chinese dynasty – the Qing dynasty – was falling in China, just as a new phase in Chinese education was rising simultaneously in Sarawak, he said.

He added that the timing of this opening reflects the complex relationship between China and those in diaspora, particularly in Malaysia. The building of the school was inspired by the progressive ideas of the revolutionaries behind the Xinhai revolution, most notably Sun Yat Sen.

Born in China but then raised in Hawaii, this ‘expatriate’ spent most of his life overseas – Hong Kong, Japan and even in Penang – and yet focused most of his energies on reform in China, finally bringing about the founding of the Republic of China and earning the title of ‘Father of the Nation’.

“The school itself represents this idea, both in its architecture and its systems. The architecture is that of a Sarawak mansion – a hybrid of styles inspired by the Rajahs of Sarawak, which incorporated Indian, European and Malay elements with local materials and workmanship,” said Boon.

It is made of brick, which suggests the rising socio-economic status of the clan but originally had a belian (ironwood) shingle roof. The very founding of the school also supports this, showing greater emphasis and capacity for education among the Chinese as well as a desire to maintain their cultural links in an educational system separate from that on offer by the Brookes, as the medium of instruction originally was split between Chinese and English.

“The building remained in continuous use right up until the 1970s, eventually becoming part of the Chung Hua system that grew as the clans banded together. Out of all the original clan association buildings, this is the only one that remains intact,” he revealed.

Those interested can register with either SHS at sarawakheritagesociety@gmail.com or PAM at info@pamsc.org.my

Priority will be given to members of each association and places are limited to 20 persons.

Previous ArticleLu: Stop squabbling for the sake of Chinese education
Next Article Agriculture Dept to have 3 administrative zones from next year