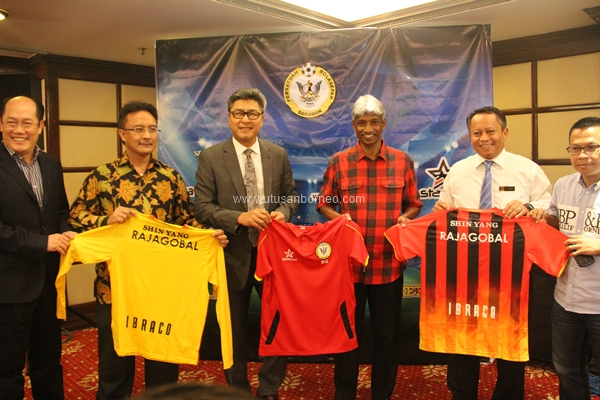 The 59-year-old, making a return to football management after last heading Harimau Malaya between 2009 and 2013, will officially take over the helm on Dec 1 as the Crocs return to pre-season for the 2016 Malaysia Super league.

He will not be involved in Sarawak’s 2015 Malaysia Cup campaign which kicks off this Saturday at home against the Armed Forces (ATM). Instead, he will use the campaign to assess the strength of the team.

The Crocs new head coach was unveiled during a press conference at a leading hotel here yesterday by FAS president Datu Sudarsono Osman.

Rajagopal is best known for guiding Malaysia’s Under-23 side to its first gold medal in 20 years at the 2009 SEA Games in Laos, defeating Vietnam 1-0 in the final. He also led the Malaysia national team to win the AFF Suzuki Cup in 2010.