Sunday, April 18
You are at:Home»News»Nation»PM announces measures to address rising cost of living 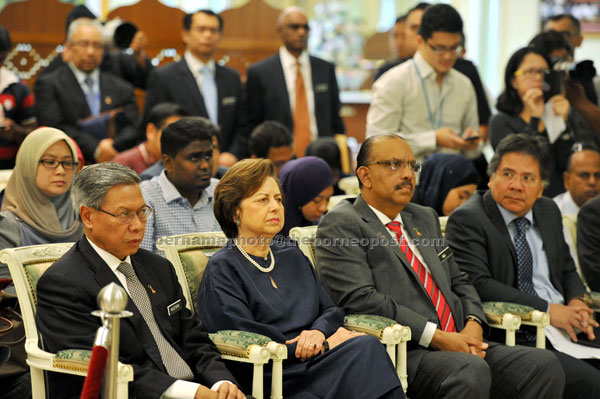 This is one of the measures to help households, especially from the low-income group, to address the rising cost of living, he said when announcing the government’s proactive economic measures at a news conference here yesterday.

Najib, who is also the finance minister, said 25 more 1Malaysia People’s Shops would be set up this year and 12 more next year. Currently, there are 169 such shops in the country.

He said the government was setting up 16 more 1Malaysia Clinics this year, and 33 more in 2016.

So far, it had provided 326 such clinics, he added.

“The government will also introduce measures to increase the income and well-being of households in the bottom 40 per cent income bracket,” he said.

He said Bank Simpanan Nasional, with the cooperation of the Finance Ministry, has introduced a housing scheme for 20,000 married youths aged between 25 and 40 to own as their first house.

“Under this scheme, an incentive of RM200 per month will be given to successful applicants for two years to cover their monthly installment payment,” he added.

According to Najib, the scheme is offered to youth couples with a monthly income of less than RM10,000 for purchase of property worth between RM100,000 and RM500,000.

The Youth Housing Scheme was announced by the prime minister when he tabled Budget 2015 in October last year  and is offered on a first-come, first-served basis.

Najib said individual borrowers could apply through the Credit Counselling and Debt Management Agency to restructure and reschedule their loans with financial institutions, if necessary.

He also announced several measures to address unemployment, especially among youths, although he said that the situation was still under control.

Najib said among measures to be implemented to enhance the marketability of graduates was to increase the number of graduates for the 1Malaysia Training Scheme (SL1M) and the Graduate Employability Management Scheme (GEMS) from more than 10,000 this year to 15,000 in 2016.

He said it would be implemented with the aid of government-linked companies and the private sector as part of their corporate social responsibility at a cost of about RM500 million.

“These graduates will not only be given on-the-job training, but also training in aspects like communication, language as well as information technology and telecommunications,” he added.

On the Human Resource Development Fund which now totalled RM1.38 billion, Najib said it would be expanded and enhanced for implementation of retraining programmes and to increase the skills of workers laid off by registered employers.

The government, he said, was also considering medium-term measures, including addressing the increase in less-skilled foreign workers which resulted in the flow of RM28 billion out of the country in 2014 and slowed down the local wage growth rate. — Bernama