Thursday, January 21
You are at:Home»News»Sarawak»New police HQ for Serian as the present one is too small 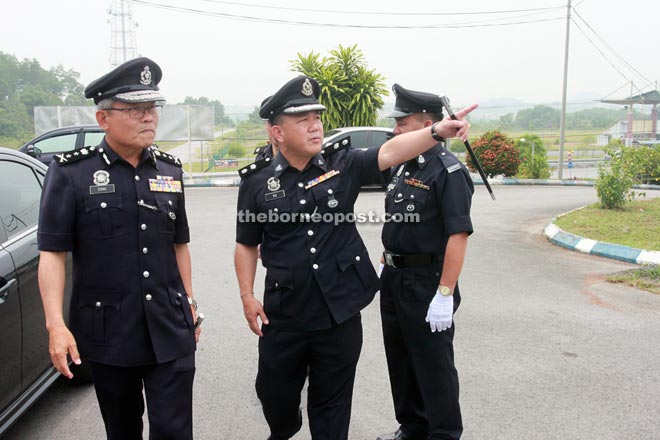 Ng (right) points at something as he greets Chai on his arrival at Padawan district police headquarters yesterday. 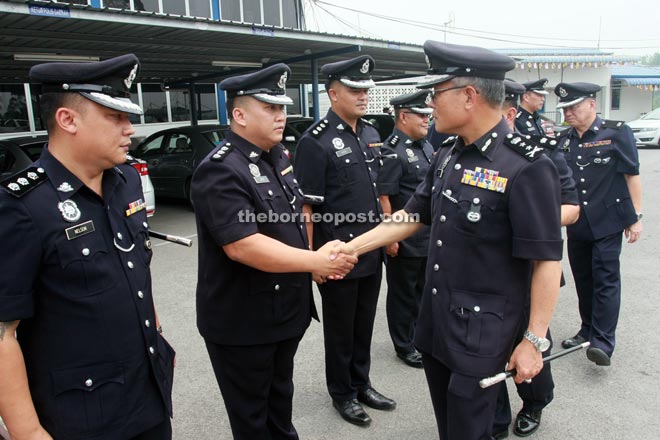 KUCHING: A new police headquarters is being planned for Serian in line with its elevation to a division.

This was revealed by Deputy State Police Commissioner Datuk Dr Chai Khin Chung, who said the present Serian Police Station which was also used as a district police headquarters was built in 1957 and was too small for a division.

“We are planning to build a new police headquarters in Serian and we will write officially to the Land and Survey Department to help us identify suitable land of about 15 acres in size in the area before we put up our proposal and request for allocation from the federal government to implement the project,” he said.

With the opening of many new areas in the state, there was an urgent need to increase the number of police stations at strategic places whenever necessary and Serian was just one of them.

He told reporters this when visiting Padawan District Police Headquarters in Siburan near here yesterday.

It was the last station he visited to bid farewell to his subordinates before retiring from service today.

Chai further said quite a number of new police stations had been planned and they hoped to get suitable land for the purpose.

He informed that at present there were 28 district police headquarters and 81 police stations throughout the state and among the areas where new stations were being proposed were Matang Jaya, Senadin and Taman Tunku in Miri.

“We hope to have more stations for a quicker response time by the police when incidents happen,” he said.

In order to serve the public better, the police had submitted a proposal for the setting up of a one-stop centre at Kota Sentosa which was still waiting for approval from the headquarters in Bukit Aman.

During the visit yesterday, Chai inspected the guard of honour led by Sergeant Sikandus Nabos.

Prior to that, Chai visited Serian District Police Headquarters also to bid farewell to its officers and men.

“I planned to visit all the stations in the state but I was not able to do so because of the hazy weather that does not permit helicopters to fly. So I apologise for not being able to visit some of them,” he said.