Friday, September 30
You are at:Home»News»Sarawak»‘Carpenter Street has huge tourism potential’ 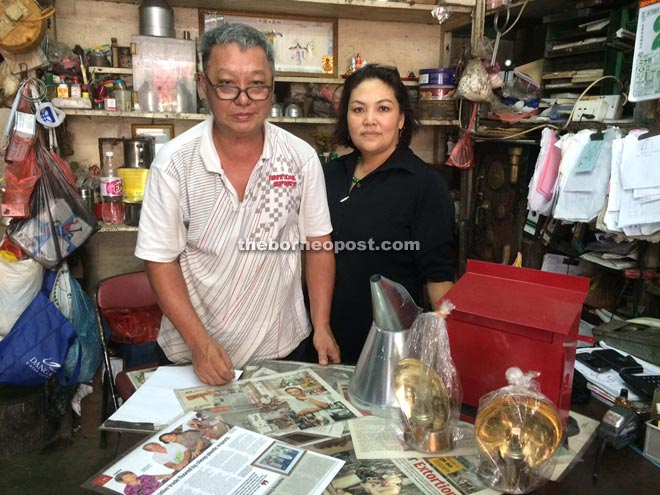 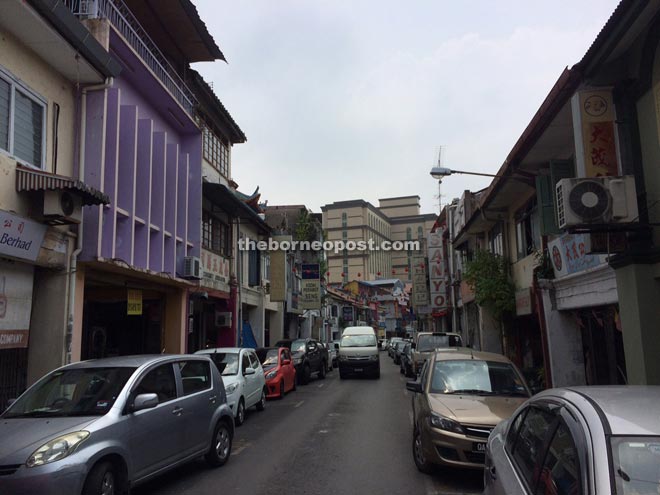 Carpenter Street has been bustling with activities since the completion of Plaza Merdeka (in background). 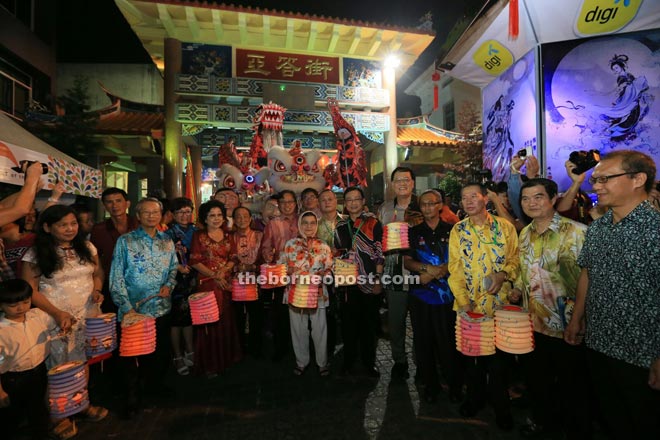 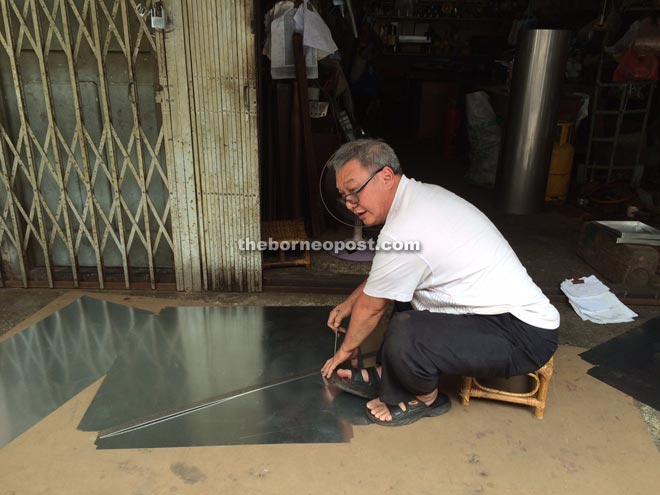 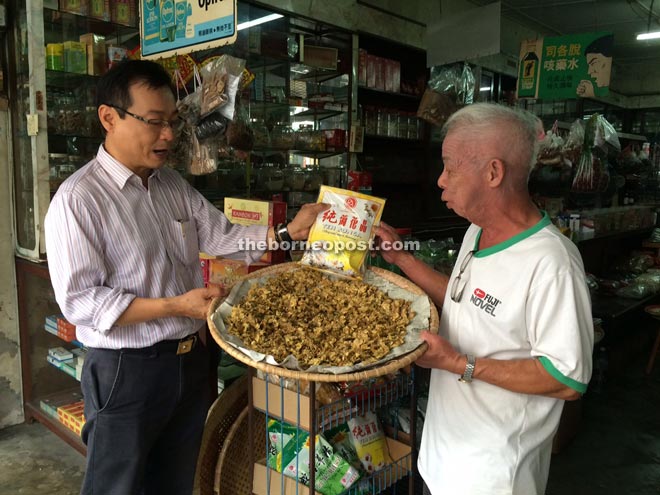 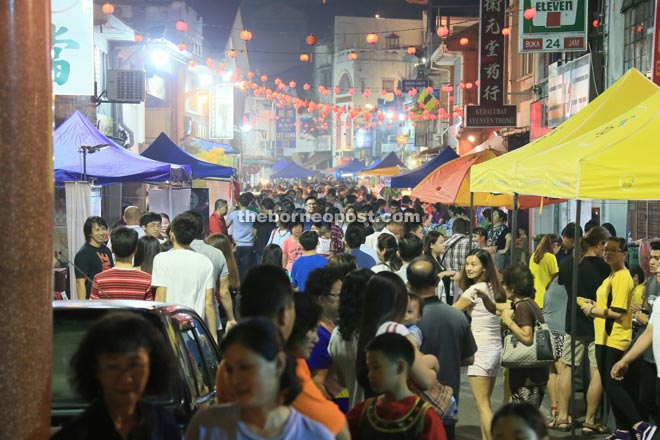 KUCHING: Carpenter Street here has the potential to become a main tourism attraction in the next five years as it has the ingredients – namely its rich cultural heritage – to draw visitors.

Sim Kiang Chiok, a fourth generation Teochew who has been part of Carpenter Street’s rich and colourful history envisioned that in the near future, the area could become more pedestrian-friendly.

“My vision for Carpenter Street is for it to be more pedestrian-friendly in order to attract more tourists here. With that kind of setting, we can expect more people to come here to shop and businesses here to thrive.

“Carpenter Street has a rich cultural heritage, having been in existence for at least 200 years and seen the changes of five governments – Brunei Sultanate, Brooke era, Japanese Occupation, British Colonial rule and now Malaysia.

“We want to see this street, together with other major streets in Kuching such as India Street and the Main Bazaar thrive with better business in the next five to 10 years,” Kiang Chiok told The Borneo Post at his Carpenter Street office here yesterday.

The co-organising chairman of the this year’s Kuching Inter-Cultural Mooncake Festival, held at Carpenter Street held from Sept 22-27, said Carpenter Street had gathered much momentum from visitors drawn to the area since the festival was first held 14 years ago. The street, like many other streets in the state capital, has its own unique attraction such as selling a wide variety of products.

“Here we have old and new products being sold in the same location. As you can see, we still have tinsmiths plying their trade. We also have silversmiths and goldsmiths. At the same time we have various food outlets and restaurants, homestays which have been offering bed and breakfast (B&B) service to foreigners.

“This is the kind of tourism products we hope would thrive and attract visitors, not only from our own country but also from overseas such as China, Korea, Japan, Singapore and Australia.

“What we have here is different from other countries’, especially China, as we are more diverse due to traders here coming from various ethnic groups such as Chinese, Malays, Indians and Dayaks,” said Kiang Chiok.

He hoped the state government’s plan of acquiring MASwings would materialise soon as it would augur well for the local tourism industry, where more direct flights from major destinations in the region could bring in more visitors here and other major towns in Sarawak.

His father, successful businessman Dato Sim Swee Yong, opined that the various races had co-existed for centuries and Carpenter Street was where they had been interacting and striving together.

“The unity in diversity found here, in particular, and in Sarawak in general, has become a role model for the whole country,” Sim said.

He said Carpenter Street had been a huge historic and cultural part of the city as it ran parallel to the Main Bazaar, Sarawak River and Malay villages across the river.

“This part of the city is the nucleus of growth in Sarawak, and where Kuching city started. Where there is trade, there is intermingling, hence the interaction among various races of Sarawak; and this has set the tone for the unity among the multiracial and multi-religious people of Kuching.”