Monday, February 6
You are at:Home»News»Sarawak»Blue-tinted seas draw huge crowds in Miri
For the freshest news, join The Borneo Post's Telegram Channel and The Borneo Post on Newswav. 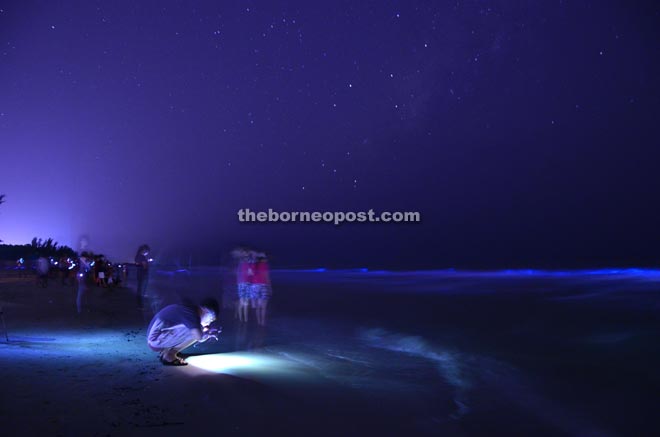 The sighting of ‘Blue Tears’ at Luak Esplanade beach has attracted hundreds of people hoping to snap photographs. 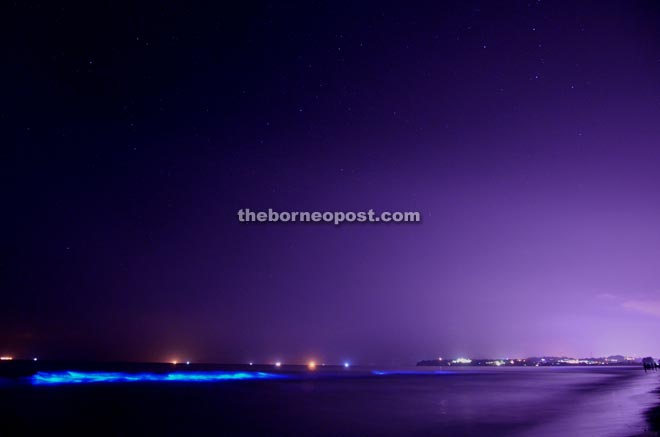 The striking neon blue effect is a result of the bioluminescence of plankton in the waters.

MIRI: After the first sighting of the ‘Blue Tears’ phenomenon captured by local photography enthusiast Albert Song at Trusan beach in Bekenu last month, members of the public can now expect to see a similar sight along the city’s coastline.

“From the five similar sights that I’ve seen at different locations here, the phenomenon on Sunday at Luak Esplanade beach was the most obvious as the striking neon blue effect can be captured using just smartphones or normal cameras,” Chang said.

“It was pretty hard for me to get a good picture in other locations even though I’m using a professional camera because it needs some photography skill too.”

Earlier, Chang and his other friends went to the Lutong beach first before proceeding to Luak Esplanade beach.

He said the similar blue effect can be seen at Lutong beach but it wasn’t as striking as the sight at Luak Esplanade beach.

Although the picture that he took might not be as good as the photos taken by Song, Chang said he was satisfied just to be able to capture the moment.

“Luak Esplanade is a quiet place when night falls and not many people want to go there at night due to safety concerns.

“After the newspaper carried stories on the sighting of the ‘Blue Tears’ here, the beach has been brimming with a festival-like atmosphere.

“Many people have come to Luak Esplanade to witness this rare phenomenon which can only be found in certain places in the world such as the Matsu Islands of Taiwan, Vaadhoo beach on the island of Maldives and coastal beaches in the United States, the Caribbean, Europe and Australia,” he said.

He felt that the blue-hued ocean was another tourism attraction for the Resort City.

He added that he had received many calls from friends in Peninsular Malaysia and Brunei Darussalam who wanted to come and enjoy the incredible sight at the said locations in Miri.

It is believed that the cause of the phenomenon, which paints the beaches in an almost ethereal blue neon light at night are caused by the bioluminescence of plankton called dinoflagellates, which trigger the glow as a defence mechanism.