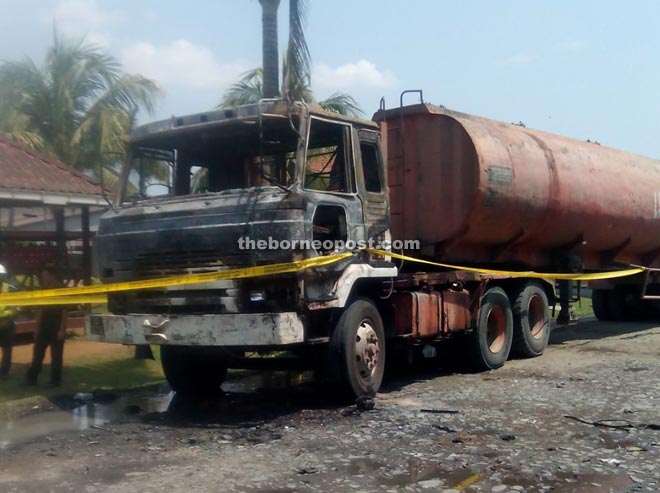 The lorry tanker that caught fire yesterday at kilometer 24 of Merotai-Tawau road.

TAWAU: A 56-year-old lorry driver escaped unscathed when the lorry tanker he was driving caught fire yesterday at the Merotai-Tawau road.

Tawau fire and rescue department station chief, Mohd Razali Awang, said the department received a call at 12.24 pm and rescue team was rushed to the scene of the incident at kilometer 24.

He said the lorry tanker which was laden with crude palm oil and about 90 per cent of the lorry’s engine was burnt. Firemen managed to control the fire within 5 minutes upon arrival at the scene and the whole operation ended at around 12.55 pm.