Tuesday, February 7
You are at:Home»Business»Sheda, DBKU open for more dialogue on property development issues
For the freshest news, join The Borneo Post's Telegram Channel and The Borneo Post on Newswav. 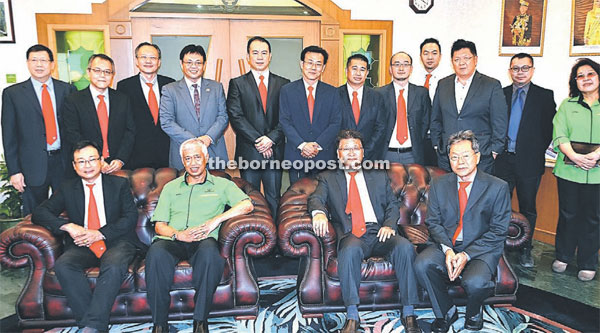 KUCHING: Sarawak Housing and Real Estate Developers’ Association (Sheda) and the Kuching City North Comission (DBKU) remain open to dialogue with developers to resolve any issues that may rise in the industry.

At the meeting, Tan also raised a proposition that there should be joint council meetings of at least twice annually with Sheda and professional consultants to share and improve the current standard operating procedure affecting the property industry.

“This is the area where we hope the various councils will be supportive and continue to engage us,” he said.

Meanwhile, Abdul Wahap said he was open for more dialogues and discussion sessions between the council and developers to solve some of the problems faced by developers.

The purpose of the visit was to brief Abdul Wahap on several agenda faced by the association.

Among the agenda include introducing the branch’s newly elected team to the Datuk Bandar and to dicuss techical and engineering issues which Sheda’s members encountered in general.