Sunday, May 22
You are at:Home»News»Sarawak»Abang Johari: Old Kuching town to be developed into heritage zone 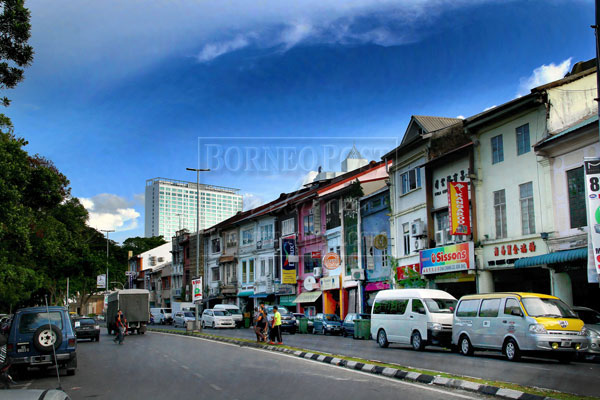 KUCHING: The old Kuching town, starting from the St. Joseph’s Catholic Cathedral and down to the Main Bazaar, Gambir Road, Fort Margherita to the Astana and right to the old State Legislative Assembly Building in Petra Jaya here will be developed as the heritage zone.

Sarawak Housing and Tourism Minister Datuk Amar Abang Johari Tun Openg said the project has started with the construction of a museum campus building on the site of the Dewan Tun Abdul Razak building which has been demolished to give way for it.

Abang Johari said a new bridge would also be built to link the museum campus building with the old museum building on the other side of the road.

“The first phase of the project involves a total cost of RM400 million and hopefully the entire project will be completed by the end of the 11th Malaysia Plan,” he told Bernama after officiating the book launch of “Sarawak Historical-Landmarks” here today.

Abang Johari was, however, unable to disclose the total cost of the project, saying it would be implemented in stages.

He said the project was to preserve the heritage and historical values of the old Kuching town.

Meanwhile Heidi said her book was a brief readable summary of the many interesting historical sites tucked away in all parts of Malaysia’s largest state, Sarawak.

She said the reader starts in the western portion of Sarawak, Kuching, and moved inland and eastward to end up in the border regions with the Sultanate of Brunei, and the prehistoric Niah Caves. – BERNAMA